The multiple César Award-winning Lost Illusions (Illusions Perdues) is such a stupendous film that I had to see it again on a big cinema screen, even though I’d seen it just four months prior at the 2022 French Film Festival in Sydney.

It’s two and a half hours long but moves at a cracking pace, so you have to be quick-witted to take it all in. (I guess I’m not, because I picked up a lot of nuances on my second viewing that I missed in the first.)

It’s a film about power, influence and journalism, and although it’s set in the 1820s when printing presses were becoming developed enough to enable newspaper publishers in Paris to gain a wide audience, it’s so pertinent to what is happening in the media today. It makes the profession – my profession! – look appalling and totally unscrupulous. It’s all about making profits, and the best way to do that is publish sensational fake news with shameless relish. The French invented a word for fake news long ago: 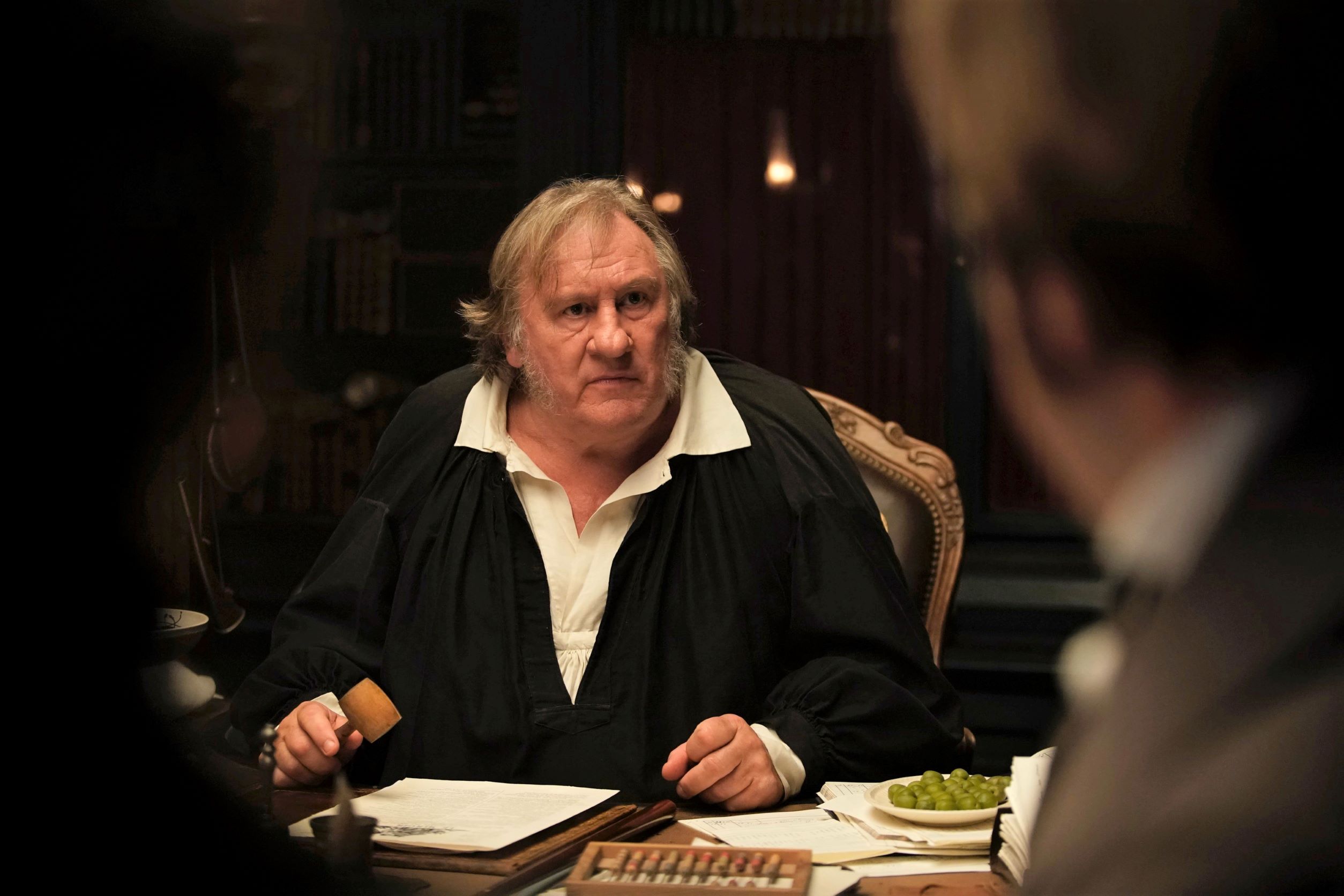 The main game is to make profits. In a terrific piece of casting, veteran actor Gérard Depardieu plays a newspaper proprietor, Daurait. He can’t read or write but knows how to make a profit – trashy tabloid journalism.

In my second viewing, I was struck by the abundance of animal imagery in Lost Illusions, something that view reviewers have remarked on. In the chaotic offices of the newspaper where the main character, Lucien (Benjamin Voisin, pictured at top) finds employment, ducks are everywhere! Monkeys too – it is the monkeys which get to decide at random which books will be reviewed, not that the reviewer will actually read them. A rival newspaper, meanwhile, has lots of pigeons (homing pigeons were the quickest way of sending messages). It’s a wonder there aren’t loads of symbolic shit on the journalists’ desks.

Lost Illusions is also a film about political power, one’s standing in society and those desperate to climb up the ladder. The most powerful person in it is a woman, Marquise D’Espard, played with terrific menace by Jeanne Balibar. She is the one who has access to the king and the royal court. She’s the one who must be courted, flattered, praised and bowed to.

It’s a small part, though, with minimal dialogue, (and she doesn’t feature in the supplied film stills) but when Balibar appears on screen you can feel the fear and tension oozing out the screen. She gives a masterly display of looks that can kill – every budding actor should study it.

Lost Illusions also tells a familiar tale: the country bumpkin (Lucien) coming into town, full of dreams and ideals, hoping to make it in the city. Instead he has to sell his soul, and ultimately is crushed. He makes the mistake of making an enemy out of the Marquise, and is crushed. There is a fleeting scene at the end when the Marquise appears in a dramatic costume, masculine peacock plumes erect, and a bird of prey on her arm. (I took the above image as a screengrab from the trailer.) Symbolism it is, subtle it’s not. She is the master of the realm; the country bumpkin canard has been devoured. 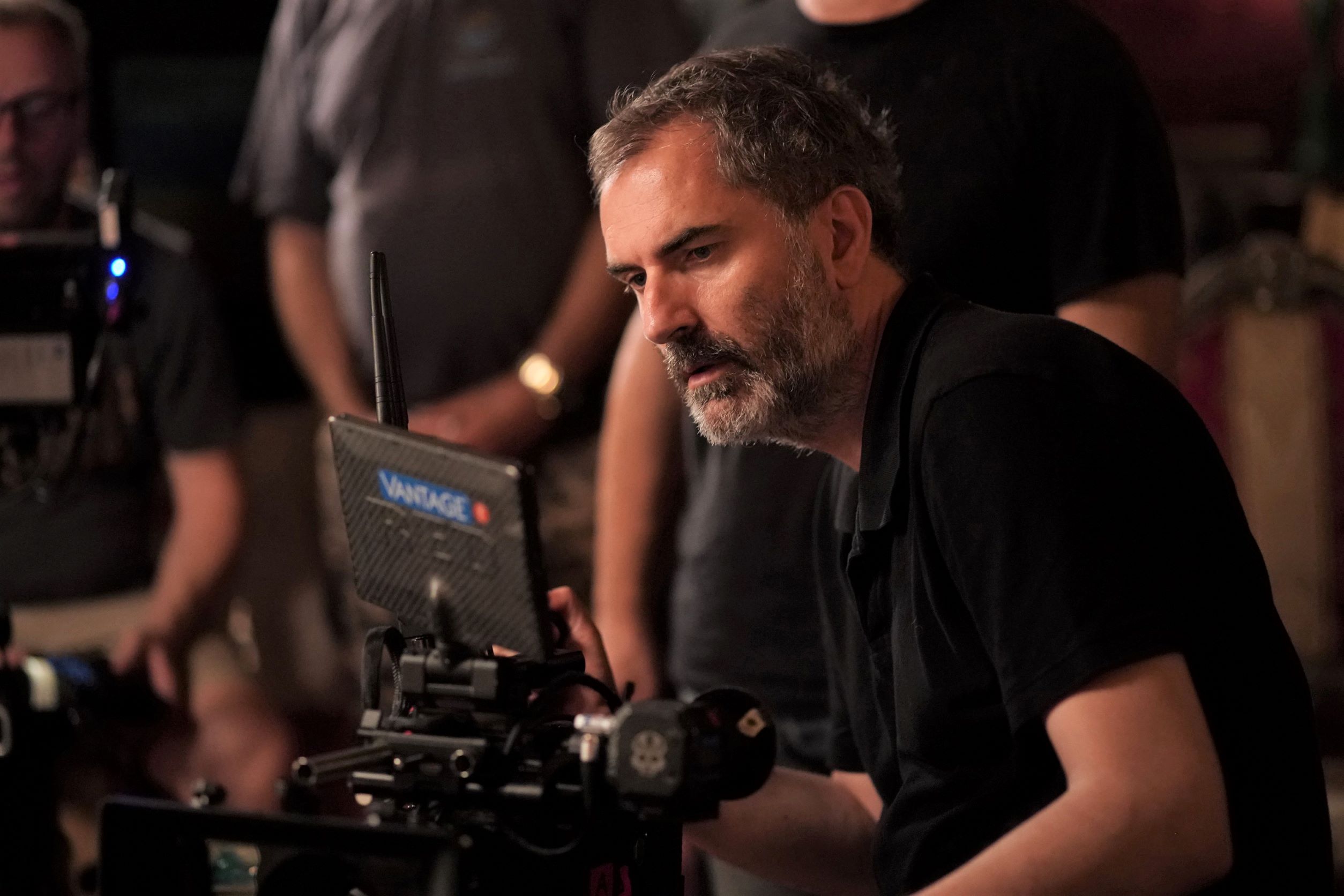 The god of profit rules!

Illusions Perdues is based on the three-part serial novel of the same name by Honoré de Balzac – a part of Balzac’s vast oeuvre known as La Comédie Humaine (The Human Comedy). The film picked up seven awards (from its 15 nominations) at the César ceremony in Paris in February, including best film, best supporting actor, most promising actor (for Benjamin Voisin), best adapted screenplay and best cinematography. Balzac himself had gone into the printing business but it bankrupted him, and his view of journalism of that time is scathing.

But Lost Illusions director Xavier Giannoli says points out that “the commercial press is only one sign, in The Human Comedy, of this great movement of society towards the god of profit. It’s a whole civilisation that is carried away and not just a corporation. Balzac is severe with these small newspapers which looked like “gangs” without faith or law, ready to monetize their opinion. I wanted to film these so-called journalists as gangsters who destroy careers, defend their territory in theatres and fight with inkwells.” He did a terrific job with his gangster movie. M5R

The surprising comeback of Gérard Depardieu

The best comedies of the French Film Festival