Many E words relate to our existence, which according to some beliefs took a turn for the worse when a serpent enticed Eve into sampling the forbidden fruit in the garden of Eden. God Almighty was enraged, they were expelled and their nakedness was exposed. Oh the shame! 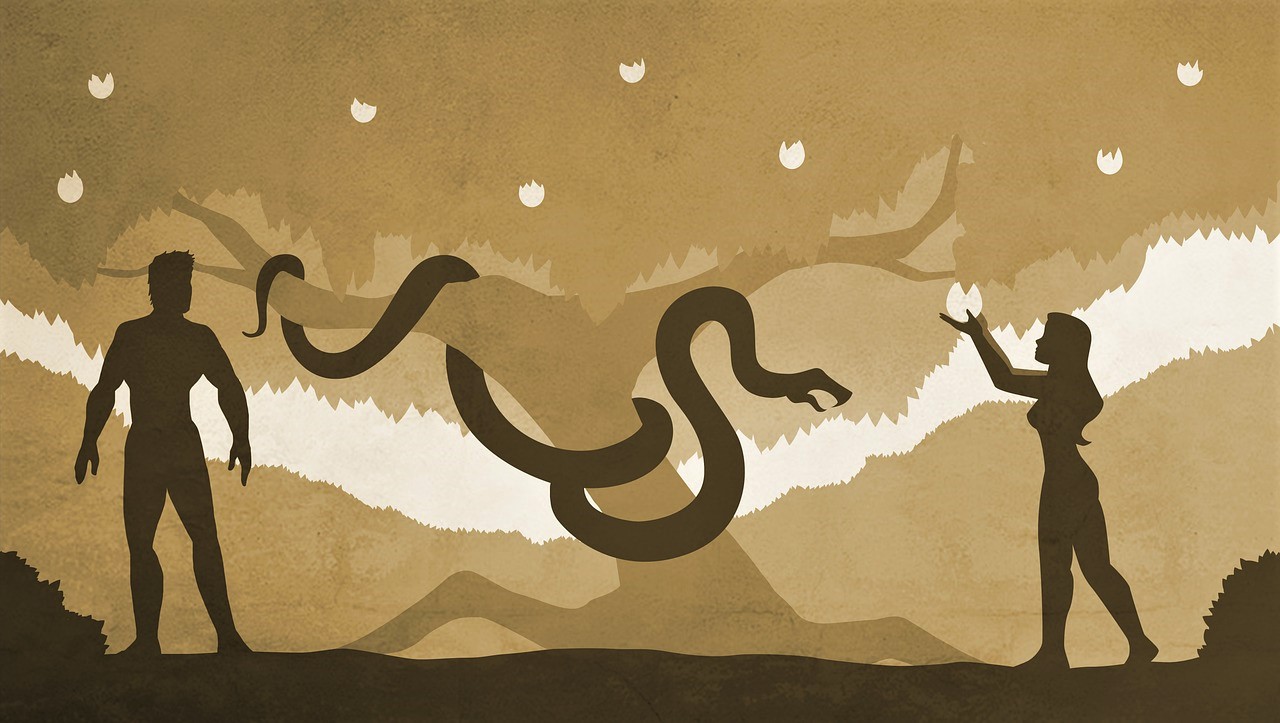 s’essoufler. This is a word I can relate too, at least in its reflexive form. It means to get breathless, run out of steam, go stale. Je suis essoufflé = I am out of breath. The transitive form, essouffler, means to leave someone breathless or something similar figuratively… for example, essouffler ses concurrents means to leave one’s competitors behind. Of course, the words souffler, soufflé etc are related in a blowy, breathy kind of way.

elucubrazione are ponderings or cogitations, which in a way sums up the content of many blogs. It can also mean ruminations or flights of fancy. From the verb elucubrare, to ponder. It sounds more ponderous in Italian, don’t you think? It’s related to the archaic English word lucubration(s), meaning intense or prolonged study, or learned or pedantic writing. They sound more fun in Italian to me.

escalda-pés. My big Portuguese dictionary defines this as “quite a hot foot bath“. I’m impressed that the Portuguese have these luxuries:  escalda-pés or hot baths (it takes the same form in the singular and plural) purely for the pés (feet). The English word scald is obviously related to escaldar, meaning to scald or burn.

a escroca means to cheat or rip off, un escroc means a cheat or a fraudster, and o escrocărie means a sham. Or you could use o escrocherie, which also means a scam or, more informally, a con. These are good words to have when you want to do some serious haggling over the price of something.

The language has some lovely reflexive verbs starting with an E (with -se at the end to indicate it is a reflexive verb).  For example, empicarse means to get the bug, in other words, to be hooked on something. Usually followed by por (for). (By the way, an insect-like bug  is a bicho). To literally get hooked, caught or snagged on something is engancharse. There is an excellent explanation on reflexive verbs and pronouns in Spanish here. M5R

You need no worry about the F words in Romanian – we have some beautiful ones, too (frumusete, fericire). (We also have the F words, if you really want to let people know how many languages literally use words starting with F 🙂 )
And a little correction, if I may: “sham” in Romanian is “escrocherie”. It comes from the French “escroquerie” (as does the verb “a escroca”).
I hope I’m not making too many corrections and confusing you even more.
Cheers,
Raveca

Hi again, I hope you are bine. I shall look up those nice F words you mentioned but won’t go near the F word itself, which from memory is also used in Portuguese and Spanish. They never taught it in my French lessons at school! I have just revisted my Romanian dictionary and found the word escrocherie there, as you said, but it also listed escrocarie (with an accent on the a). Maybe that is less commonly used? The dictionary I have which I bought in Sibius is the Linghea “Dictionarul tau istet” englez-roman, roman-englez, which seemed to be the best pocket dictionary I could find. I couldn’t buy a really big one unfortunately because of my luggage allowance.

I love your corrections, please keep them coming (although I hope not to make mistakes). I wish you a Craciun fericit si un an nou mai bun! In the new year when I get back from my holidays I am going to try some of your salad and vegetable recipes. The origami, I’m afraid, is not for me. Even when I do my best to wrap a Christmas present it still ends up looking like a scrunched up piece of paper. I am hopeless with my hands. Cheers

The word “escrocărie” might sometimes be used, but “escrocherie” is far more frequent. The dictionary that I check for accuracy is the one considered the most complete Romanian dictionary, DEX (Dictionar explicativ al limbii române), which you can use for free online:

And the DEX does not list “escrocărie”. If you type it, it says the word does not exist, instead try “escrocherie”.
Anyway, these are language subtleties that not many people notice :), so don’t worry, you’d make yourself understood anyway.
Crăciun fericit si ţie!

Hi again, thanks for that link, that’s great. All the best for the holiday season. Cheers!