Contrary to what you may have read in reputable school books, encyclopedias and scientific journals, the days of the week in various languages were not named after the Sun and Moon and planets such as Mars and Saturn, nor the god Thor, etc etc. No, no, no. They all came about when the Vikings were fighting with the Romans in Ireland (Terra Potatae, as it was then known). The two opposing forces had agreed to do battle on a hill overlooking Boggus Maximus (“the Great Bog”) in the middle of Terra Potatae. When the Vikings arrived for combat, their opponents were nowhere in sight, so the Vikings claimed victory by default, and decreed that all Terra Potatae was theirs. They ate baked potatoes with dollops of sour cream to celebrate, as was traditional on special occasions in Terra Potatee.

But the next day the Romans arrived for battle. “Too late,” the Vikings cried. “You were supposed to be here yesterday. This land is ours. Surrender your potato wedges and your sweet chilli sauce.” The Romans, however, refused, insisting that the Vikings had got it wrong and had arrived a day too early. 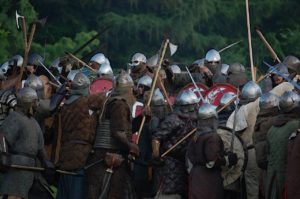 The two sides argued and argued, but could not reach agreement. So they summoned the wisest man in Ireland Paddy the Intelligent (so named to differentiate himself from Paddy the Stupid, Paddy the Frugal, Paddy the Philanderer, Paddy the Prick, etc etc) to adjudicate. I know this because that wise man was my great-great-great-great-grandfathers’ great-great-great-great-great-great-great-great-grandfather, and this has always been a source of pride in our family. Paddy’s wisdom was renowned (there is a statue of him in the high street of Killarney, looking thoughtful) and no doubt some of it has been passed down on to me. Paddy listened to the arguments put forward by the Viking and Roman elders, but decided the best solution was to slug it out in battle the next day. The Vikings protested: they were in no condition to fight now, their stomachs were full and heavy from all the baked potatoes they had scoffed (Vikings don’t hold back when it comes to eating), and they were suffering from indigestion and flatulence. They needed more time to prepare. So Paddy, being a reasonable man, gave them seven days’ grace, and he counted down the days for them because they were not very good at counting. And this, my friends, is how the weekly calendar came about: you see, heroic Paddy had lost two fingers in as a result of his daring exploits on hunting expeditions (there is a statue of him in Kilkenny wrestling with a sheep) and one of his thumbs was bitten off in a drunken brawl with Thomas the Bad-Tempered Sharptooth, so the most he could count to was seven. How different our week would have been if it he hadn’t all 10 digits.

So, a seven-day routine was established, and the naming conventions soon followed thus: 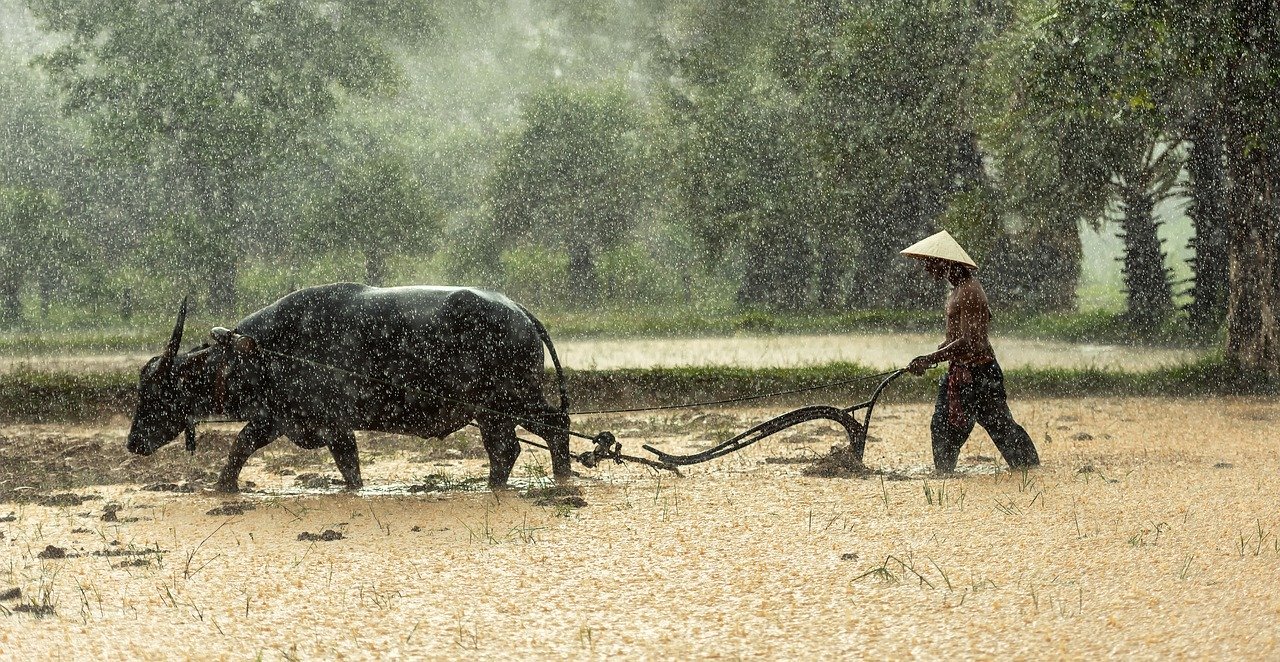 From ye olde Anglo-Celtic-Viking-Roman-Mongol word “mundane”, meaning “boring day”, “day of routine” etc etc. It was always a kind of bad hangover day after all the excitement of “funday” or “sinday”(see below). It was a day for tackling the chores and getting some work done. The Irish people in particular didn’t like Mondays, judging by the ode written by Bob Geldof.

From ye olde Anglo-Celtic-Viking-Roman-Visigoth “choose” or “chews”. This was the day in which tribal dances and mating rituals were performed and you would get to choose your partners, or your partners were chosen for you, depending on whether you lived in a democracy or a dictatorship. People dressed up in their tribal or national costumes, wore beads and flounced around. Usually there would be big cobs of corn or wild boar roasted on a spit, so people had to chew a lot. Those boar are tough! 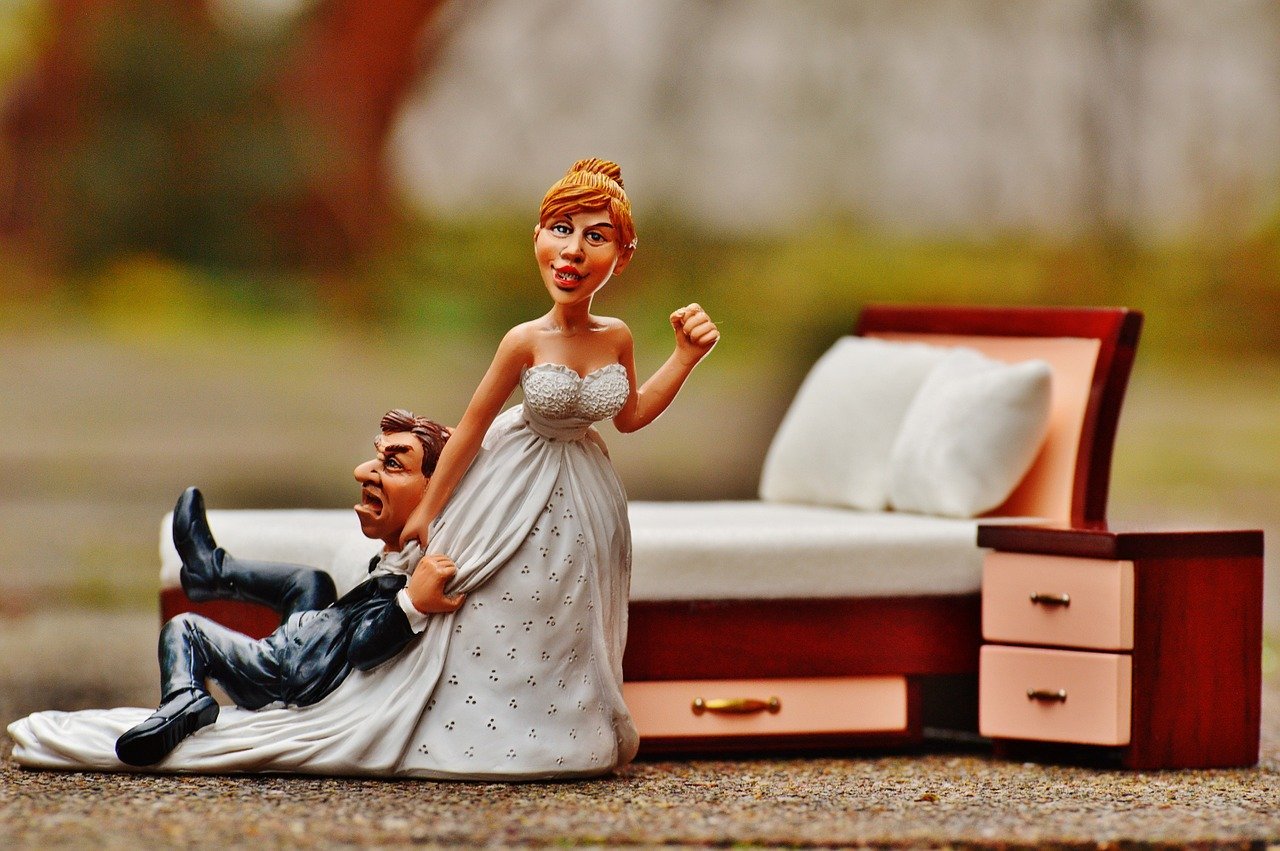 From ye olde Anglo-Celtic-Viking-Roman-Hellenic word “weddings”. A day of solemn and not so solemn vows. This was the day you got hitched to your chosen partner, if you really liked them. Or even if you didn’t like them. Life was short in those days and choices were few. You had to take what you could get, and get hitched even if the one you ended up with wasn’t good at hopscotch and had bad teeth from chewing all that tough old boar meat. 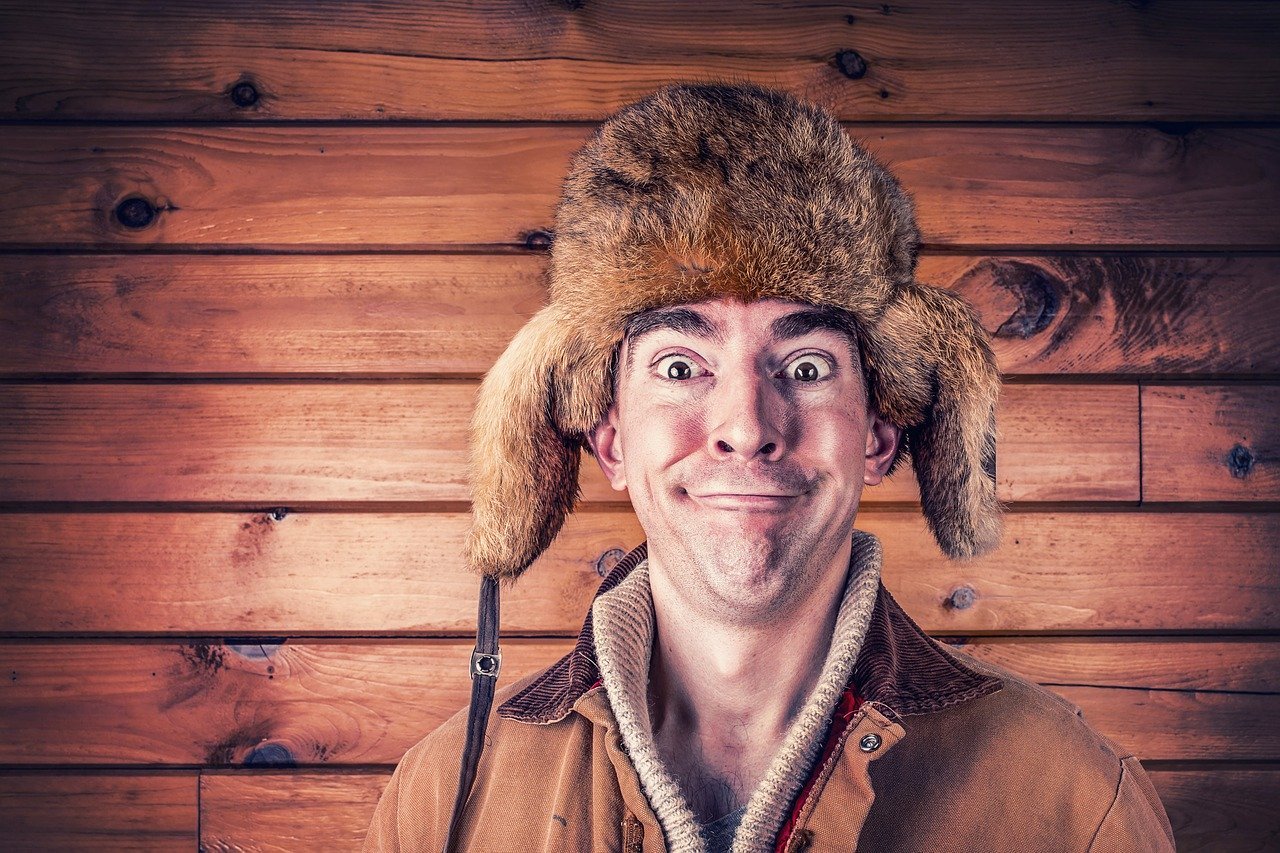 From ye olde Anglo-Celtic-Viking-Roman-Saxon word “furs” or “day of furs”. This was the day the men went out to hunt and replenish their supplies. They would bring in their slaughtered game, skin the animals, and give the skins to their chosen ones. If you didn’t have any furs on furs day it meant your husband was a lousy hunter and a cad. This is why we have late night shopping in Australia on Thursdays, so people can go out and buy fancy outfits. It’s the old fur ritual, really, only without those primitive male hunter-gatherers. 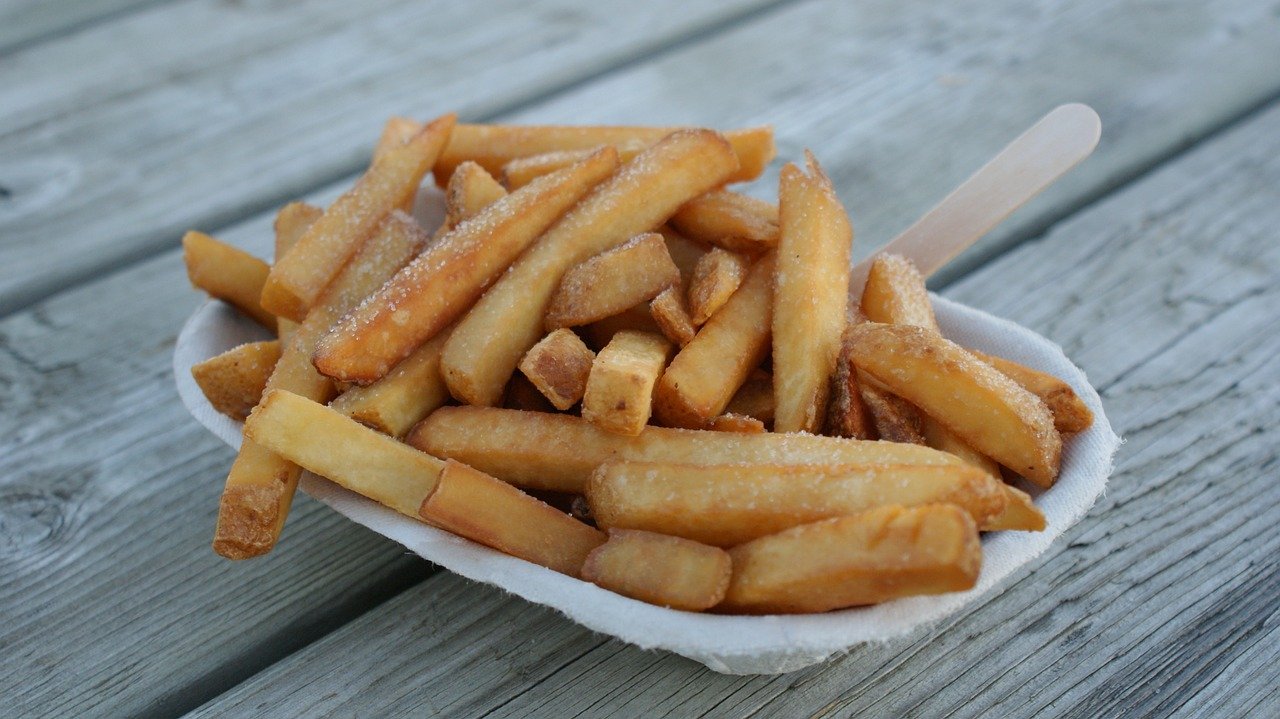 From ye olde Anglo-Celtic-Viking-Roman-Gallic-word “fry”. The fat from the woolly mammoths and other animals that were hunted the previous day would be tossed into a pan, and the kitchen slaves would slice up the potatoes and cook them using a special recipe handed down from the Gauls (hence the expression “French fries”). This was Terra Potatae after all, and there are only so many boiled potatoes you can eat before they get a bit boring. The post-hunting potato fry-up was a weekly treat. 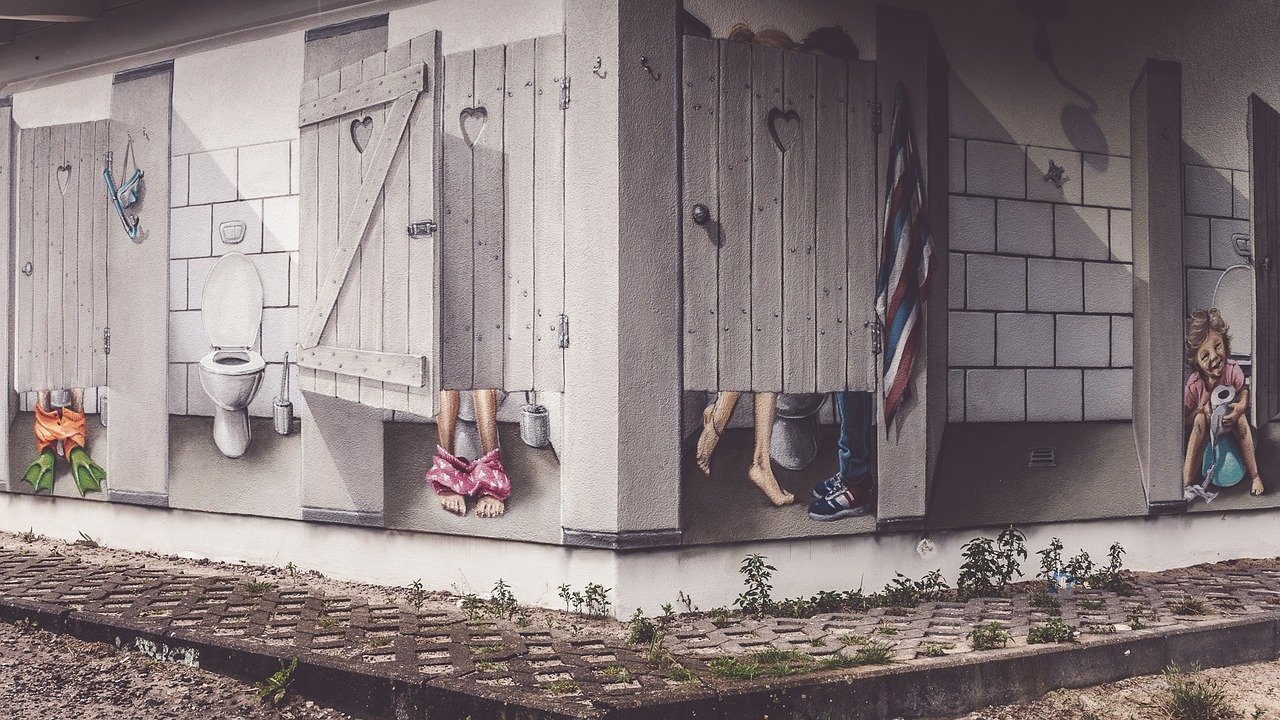 From ye olde Anglo-Celtic-Viking-Roman-Teutonic word “seat” . In the old days people’s digestive systems were primitive, and it took them a long time to digest all the fat from the animals they had hunted and fried their chips in. The day after the big fry-up was always one of discomfort and indigestion. People sat around a lot. Mostly on toilet seats. It is no coincidence that Saturday is the only day of the week that has the word “turd” in it. In the evenings, though, the worst of it was over and people turned their thoughts to having parties and ruining their digestive systems all over again.

From the olde Anglo-Celtic-Viking-Roman-Norse words “sin” and “fun”. The tribal chieftains decreed this should be a day of zest. Mostly this involved drinking and debauchery – the alcohol helped revive the spirits and cleanse the system. In the summer months athletic competitions such as hurling and tossing the caber were held. Teenagers, embarrassed at their parents’ gross behaviour, would run off to the forests to twerk and do other activities to see who got the most “likes”. It was only centuries later, with the arrival of Cromwell and Calvinism, that the day of zest got changed to a day of rest, which was somehow interpreted as going to church and kneeling on a hard wooden pew for an hour or two while being admonished for one’s sins (and everyone else’s).

Why are the Portuguese weekdays so different to their Romance language cousins? According to articles such as this on Wikipedia, Portuguese did follow the other Romance languages initially, but then in the year 500 and something the Archbishop of Braga apparently decided that using names based on the wisdom of Paddy the Intelligent was no good, so he brought in a countdown system. But others say the numerical system was introduced by a Roman emperor, Contantino, a couple of centuries earlier. This was based on “feria“, or a free day, for the slaves. Féria in Portuguese means weekday, working day, salary or wages, but funnily enough can also mean rest, repose or recreation. (Maybe the Portuguese take it easy when they are at work, hehe). The word for holidays (that is, a vacaction) in Portuguese is férias.