Home Romanian Collective: a study of corruption at its worst and journalism at its best
RomanianRomanian film

Collective: a study of corruption at its worst and journalism at its best

There aren’t many countries where a fatal fire accidentally started in a nightclub by an obscure heavy metal band can bring down a government in a matter of days, but that’s the horrific chain of events outlined in Alexander Nanau’s remarkable award-winning documentary, Collective.

Romania’s first film ever to be nominated for the Oscars – for both Best Documentary Feature and Best International Feature Film – was pipped at the 2021 awards by My Octopus Teacher and Another Round, but don’t let that detract from its merits. It won best documentary at the 2021 London Critics’ Circle Film Awards,  and in 2020 the best foreign-language film in the US National Society of Film Critics awards, and the European Documentary prize at the European Film Awards. The New Zealand publication Stuff called it “2021’s most shocking, sobering and stunning doco”.

Its starting point is an investigation into the horrific fire at the Colectiv nightclub in Bucharest in 2015. Heavy metal band Goodbye to Gravity are giving a free concert to promote a new album, Mantras of War. They’re playing an anti-corruption anthem, The Day We Die.

Fuck all your wicked corruption
It’s been there since the inception,
[they sing, but they aren’t going to put up with it any longer}
We’re not numbers, we’re free, we’re so alive,
Cos the day we give in is the day we die…

The song ends to applause and sparkler candles belch out fireworks. Then lead singer Andrei Galut says, “Something’s on fire here … It’s not part of the show. Is there a fire extinguisher?”

The fireworks have ignited the club’s acoustic foam, the flames spread rapidly. The documentary has footage of the chaos, confusion and and stampede for the exits … October 30, 2015, becomes the day 27 people die. Another 180 are injured.

A disaster in the making

It was a tragedy waiting to happen. Here are some of the findings from Wikipedia and other sources:

Fuck all your wicked corruption … The public is so enraged and  huge protests are held around the country. The government resigns on November 4, and so does the mayor of Bucharest’s Sector 4. 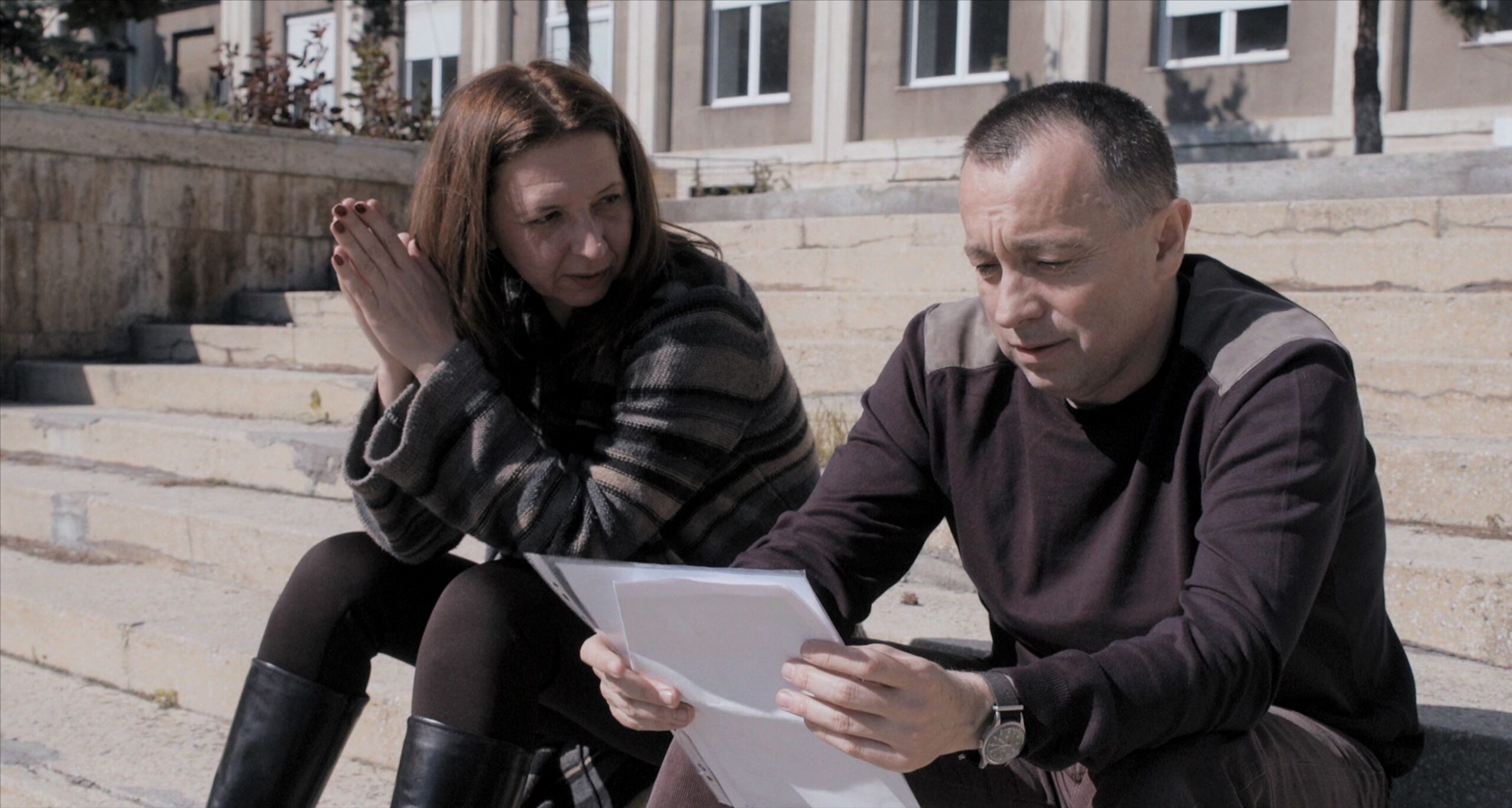 That is by no means the end of the story. Things get really interesting when the daily sports newspaper Gazeta Sporturilor starts probing why so many people who managed to escape the fire are dying in hospital from burns and wounds that should not be life threatening.  The death toll in hospitals – 37 – surpasses that of those in the fire itself. What’s going on in the health system?

Gazeta Sporturilor editor-in-chief Catalin Tolontan and senior journalist Mirela Neag lead the investigation. What they uncover is truly shocking. “So mind-blowing I’m afraid we will look crazy,” Mirela says. (I won’t spoil it by saying exactly what they uncover.) But some of the secretly filmed scenes in hospital will make you squirm.

Film-maker Alexander Nanau must have spent many, many hours gathering material for the documentary. He is invisible throughout, a real ‘fly on the wall’ operator, but what makes Collective so extraordinary is the access he gains to officials, notably the new health minister, the Gazeta Sporturilor journalists and their informants, the survivors and the grieving families of those who died in the fire.

One of the most inspiring characters in the film, a ray of light in so much darkness, is burns victim Tedy Ursuleanu, who was 29 at the time of the fire. Even though she sustained horrific injuries in the fire and her fingers had to be amputated, she refuses to be bitter, to hate, or bemoan her fate. Rather, she decides to stay positive and make the most of the life she has left. The scene where she gets to try a mechanical hand for the first – her face lights up with joy as she masters it – is unforgettable. 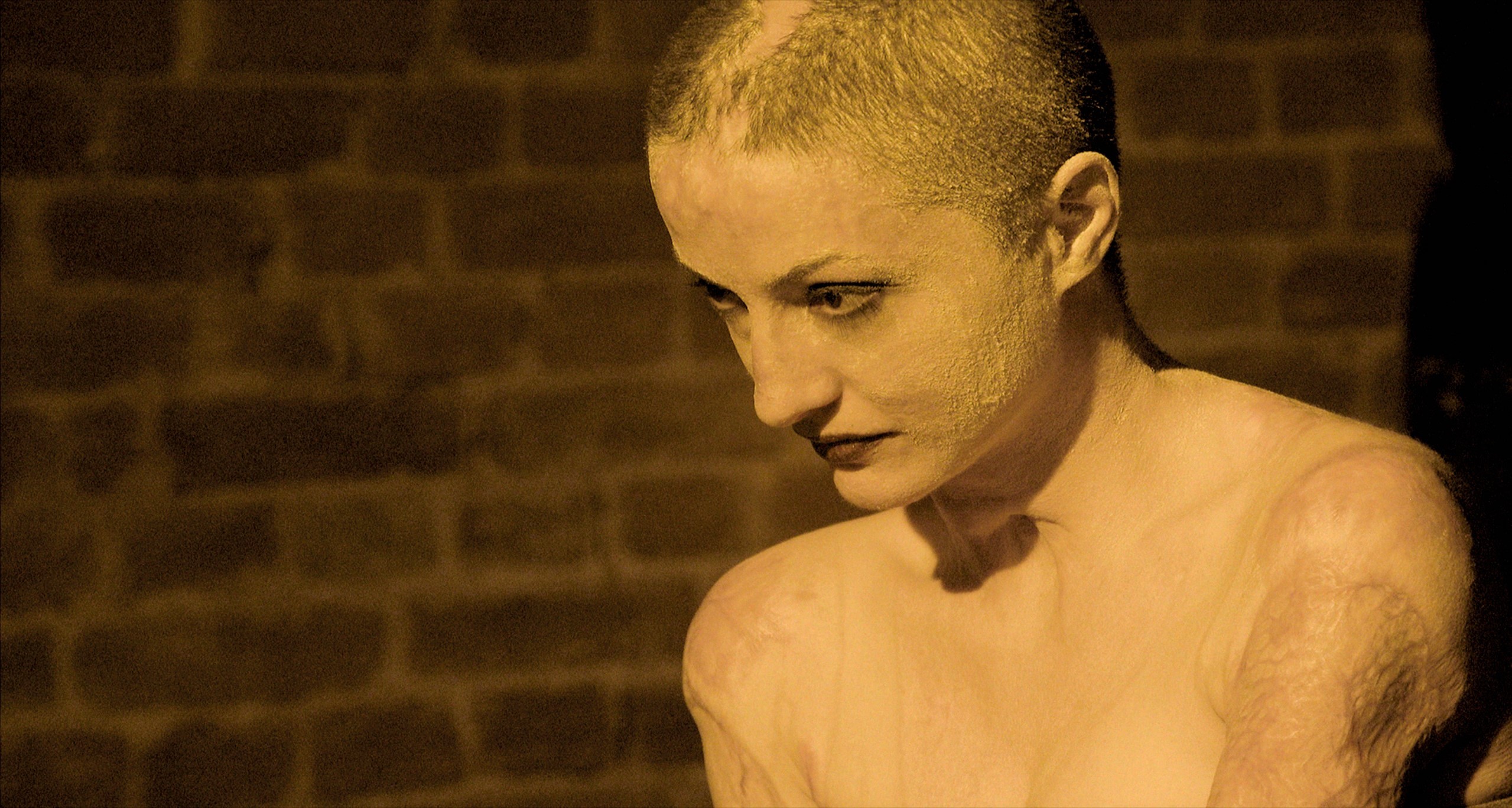 Why did a sports newpaper play the starring role?

Collective unveils the worst of humanity, but also the best of humanity – those for fight for truth and justice, and political transparency and honesty.  Catalin Tolontan, Mirela Neag and their Gazeta Sporturilor colleagues are among the heroes. I started my career in newspaper journalism as a sports reporter, and it struck me as very odd that it was a sports daily that did more than any other publication to expose what was going on.

There is an excellent analysis of this – and of the limitations of so many newspapers worldwide owing to their ownership structures etc – in Bryan Curtis’s profile piece on Catalin Tolontan for The Ringer. I ‘urge you to read ‘The Sports Reporter Who Blew the Lid Off a National Health Scandal‘ here.

Where to see Collective

As I write, in Australia it is still showing at the Cinema Nova in Carlton (Melbourne) till May 12, at Dendy Cinemas in Sydney (till May 12), but you can watch it from home here. M5R

The best comedies at the 2021 Spanish Film Festival

It was fascinating, highly recommended.