The best comedies of the 2021 Italian Film Festival

The 2021 Italian Film Festival is notably strong on dramas, but has plenty of options for those seeking laughter and light relief as well. The most obvious one is Three Perfect Daughters directed by the highly regarded Rolando Ravello.  The film, whose Italian title is È per il tuo bene (It’s for your own good) has pedigree: it’s a remake of a popular 2017 Spanish comedy Es por tu bien.

Despite the film’s English title, the three daughters – Valentina (Matilde Gioli, pictured above), Sara (Alice Ferri) and Marta (Eleonora Trezza), have to play second fiddle to their three imperfect fathers Arturo, Sergio and Antonio. These men (played by Marco Giallini, Giuseppe Battiston and Vincenzo Salemme, respectively) rule the roost. Or try to. As the original Italian and Spanish film titles suggest, they think they know what’s best for the women in their lives.

So when Valentina, Sara and Marta fall in love with partners their fathers consider totally inappropriate, the three wise men (can you sense the sarcasm) hatch ludicrous plots to thwart them. And so the fun begins.

The men, who are also brothers-in-law, might appear respectable on the surface – Arturo’s a lawyer, Antonio a policeman – but they have no qualms about adopting underhand tactics, including:

It’s all a bit far-fetched and slapstick at times, but Ravello keeps things moving nicely. Part of the fun is watching the three men coming to realise the error of their ways, and having to undo as much of the damage they’ve done as they can. Get set for an enjoyably frantic finale (car chases and a race to get to an airport on time).

See also: I Predatori (The Predators) 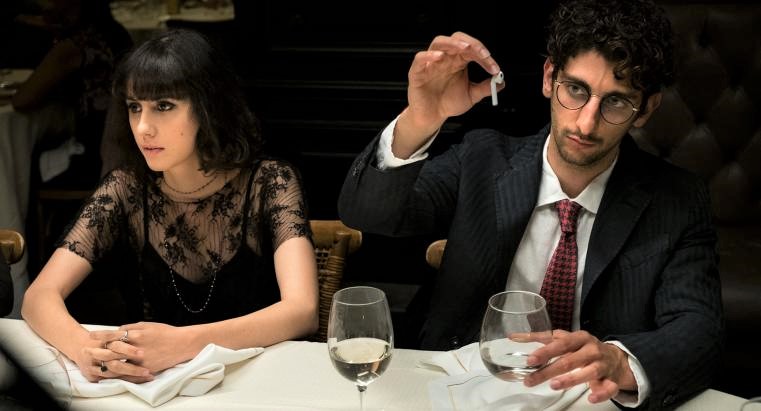 It’s not a full-blown comedy like Three Perfect Daughters, but the comedy-drama The Predators has some hilarious moments interspersed with argy-bargy and menace on one hand and genial whimsy on the other. It’s an intriguing mix from actor/director Pietro Castellitto (pictured above right in one of the more amusing roles in the film).

Pietro, son of prolific Italian actor Sergio Castellitto, won the 2021 David di Donatello Award for Best New Director for the film, as well as the Best Screenplay award at the 2020 Venice Film Festival. In The Predators, the worlds of two large families – one wealthy and sophisticated (though very capable of being crass), the other rough and thuggish – collides by chance. The huge ensemble cast does a great job, but to be honest, few of the characters are particularly likeable. As the film title suggests, they are all are preying on one another, but maybe that’s the only way to survive in the modern world. Still, Pietro’s clever script keeps you interested and absorbed in all their dramas. Nothing is predictable, it’s very whacky in parts, and there’s so much going on that it’s the sort of film that warrants a second viewing.  It will be very interesting to see what Pietro Castellitto comes up with next. M5R

One man’s food is another man’s poison in Delicious