An enjoyable French film doing the rounds in parts of Australia now is Perfumes (Les Parfums), which had been due for release on July 1, until COVID lockdowns intervened in some cities. Emmanuelle Devos – one of France’s most graceful actresses – plays Mademoiselle Anne Walberg, a haughty, famous perfume creator whose career nose-dived when she lost her sense of smell. It has since returned, but the damage to her reputation has been done and she has to make do with mundane jobs these days.

We first see her on a trip from Paris to the beautiful Alsatian countryside, where she has to sniff out a cave (so that the locals can make a fake replica with authentic smells.) Accompanying her is a new chauffeur, Guillaume (Grégory Montel of Call My Agent fame).

He has a good nose too, but it’s a nose for trouble. He’s lost so many points on his driving licence that he’s in danger of losing his job, just when he needs it most. He’s a recent divorcee trying to secure joint access of his daughter Léa (Zélie Rixhon) and needs to move into a bigger apartment so that she can stay with him occasionally. Not that Léa seems keen on hanging around with her father for extended periods.

Back in business … with some sly help from Guillaume, Anne’s comeback begins.

Once they get over their initial antagonism, Anne and Guillaume strike up a friendship of sorts. Prodding one another on, each helps the other to overcome their social inadequacies and lack of confidence. He points out that she’s so focused on people’s scent and what perfumes they’re wearing that she barely looks at people, let alone talk to them. He’s struggling to establish any sort of bond with his daughter and has no idea what to to do and get for her birthday. Quizzed by Anne, he says they usually do what Léa wants or suggests.

“Why don’t you do want you want to do?” Anne suggests. “That way she will have fond memories of you in twenty or thirty years’ time, rather than a toy,” which she implies will soon be forgotten. He follows her advice and one of the most joyous scenes of the film – a day trip to a beach, something his ex-wife forbids – follows. 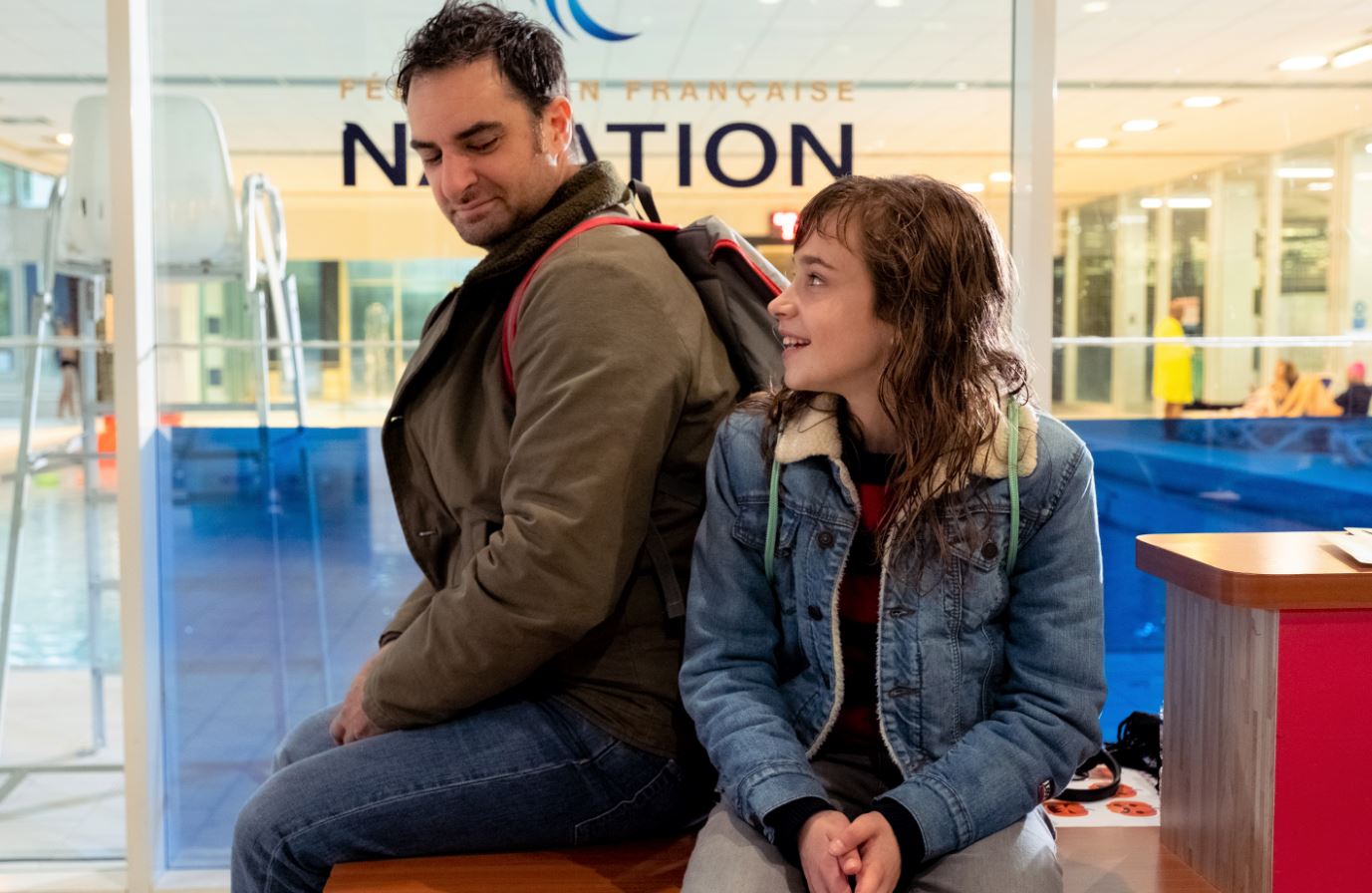 Guillaume and Léa do some plot twisting by the pool.

Childhood memories and carnage on the lawn!

Both Anne and Guillaume have distinct memories of pleasant scents from their childhood. Hers is a particular soap that she came across on their family’s first seaside holiday. His is the smell of freshly cut grass, which reminds him of his father mowing the lawn (mowing becomes significant in the latter parts of the film).

Perfumes provides fascinating insights into the science of perfumes and aromas. Anne tells Guillaume that when grass is cut it produces enzymes as a defence mechanism – to heal its wounds, ward off predator insects and even attract insects that wil prey on its own predators. “The smell of cut grass is the smell of carnage,” she says. Cheerfulness is not her forte.

Keep a lid on it!

Guillaume becomes fixated on smells and the effect that they have on moods and emotions. There’s an amusing scene in a supermarket where he starts opening products and embarks on a sniffing spree. A security guard, mustering all the swagger  of a gunslinger about to enter a saloon in the wild west, sidles up to him menacingly, contemptuously. Guillaume is obviously some kind of pervert!

Things take unexpected turns for the worse. After a dramatic incident, Guillaume has to rush Anne to hospital, losing the last points on his driving licence in the process as he clocks up 180km/hour on the highway. When Anne comes round, she realises she has lost her sense of smell once again. The situation for both seems hopeless.

Writer-director Grégory Magne, however, is a dab hand at mixing wining ingredients in a script. The result is a very tender and satisfying film about finding your real purpose in life. The final scene – set in Léa’s classroom – is as pleasing as one’s favourite perfume. M5R

Photographs supplied and used with permission.

The best comedies of the 2021 Italian Film Festival