The Portuguese film (in English) Fatima has just opened in cinemas in Australia and New Zealand, and although it’s based on famous and most curious real-life incidents in the Catholic world, you don’t have to be religious to enjoy it. It’s well made, has a great cast, and the scenery – both in the cities (scenes were shot in historic parts of Coimbra and Tomar, among others) and the more isolated rural areas – is striking. Set mainly in 1917, it has a very modern theme: what is real and what is fake news?

Fátima in central Portugal and Lourdes in France are probably the most well-known religious shrines in Europe. As the media kit from from Rialto Distribution notes: “Throughout the Catholic world, the Portuguese town of Fátima is renowned for the miraculous appearance of the Blessed Virgin to three young shepherds [two girls and a boy] in 1917. A small farming district at the time, it became internationally famous for the prophecies the children claimed to have received, making it a revered religious site visited by some six million pilgrims annually.”

The apparitions occurred over six months, by appointment with the Virgin Mary, and as word got out, the three youngsters’ fame grew, and the last apparition – the so-called Miracle of the Sun – was witnessed by thousands. There are newspaper accounts of it, and photographs.

The film switches between the events of 1917 and modern day Portugal, when a sceptical author, Professor Nichols (played by Harvey Keitel) visits a Carmelite convent in Coimbra, to interview the eldest shepherd, now Sister Lúcia (Sônia Braga).  The real Sister Lucia died in 2005, aged 97. Her cousins, unfortunately, died shortly after, in the Spanish Flu pandemic of 1918. Lúcia thus was the only one of the three who could speak about the events as an adult.

Having been to both Fátima and Tomar last year, and Coimbra in 2007, I was really keen to see this film, if only to relive my holiday. I was half expecting it to be earnest, maybe a bit preachy (I had enough of that in my Catholic schooling), but got thoroughly absorbed in it.  As soon as I got home I had to go online to read more about the real-life events.

The three young “seers” in the movie, 10-year-old Lúcia (Stephanie Gil), and her cousins Jacinta (Alejandra Howard) and Francisco (Jorge Lamelas), have a tough time. Not only do they have to deal with their sceptical parents, they become pawns in the conflict that was going on at the time between the Church and the secularist government. Both the Church and the local government pressured them – bullied them almost – in a bid to get the youngster to declare it was all fake news, something that they had made up, but they stood steadfastly by their accounts. 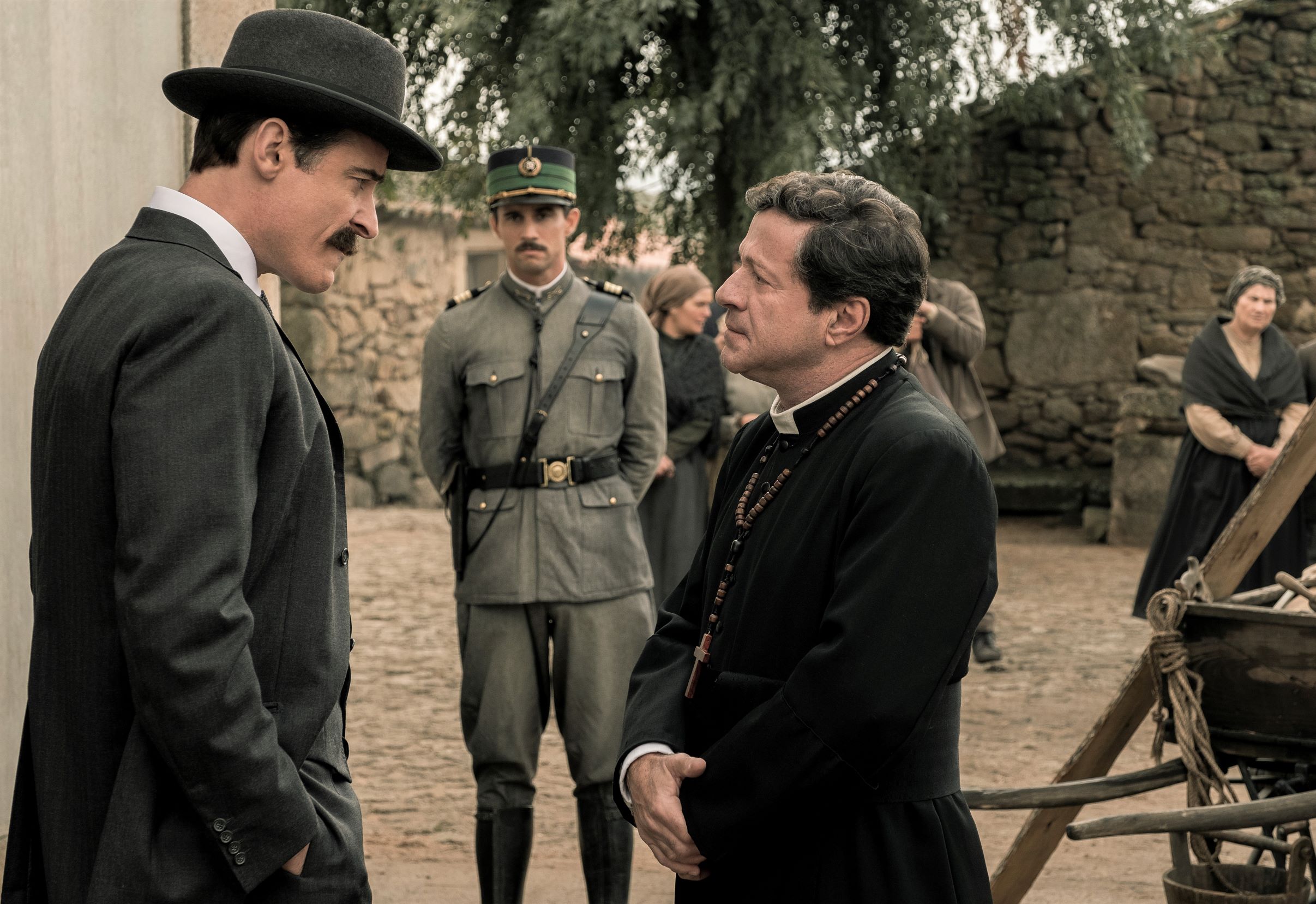 The state and the church were in conflict at the time.

They also get pestered – stalked almost – by hordes of believers who want the children to pray on their behalf – and have to put up with abuse if some of those prayers don’t come true. Prayers mostly by mothers wanting their sons to come home safely from the first world war.

Curiosity about the events at Fátima spiked in the second of the 20th Century because the Virgin Mary had apparently entrusted the children with three “secrets”.  Lúcia revealed two in her memoirs released in the 1940s, but put the third in a sealed envelope, stipulating that it be released in 1960. The Catholic Church, however, kept it under wraps until 2000, leading to much speculation. People feared it was an apocalypse, world war three, and at that the end of the world was nigh.

A key character is Lúcia’s mother, Maria (superbly played by Lúcia Moniz).  She initially doesn’t believe her daughter, but sees trouble coming before anyone else does and has to protect her child and family from the church, the state, and the masses. Moniz is also an accomplished singer: she came sixth while representing Portugal at the 1996 Eurovision Contest. 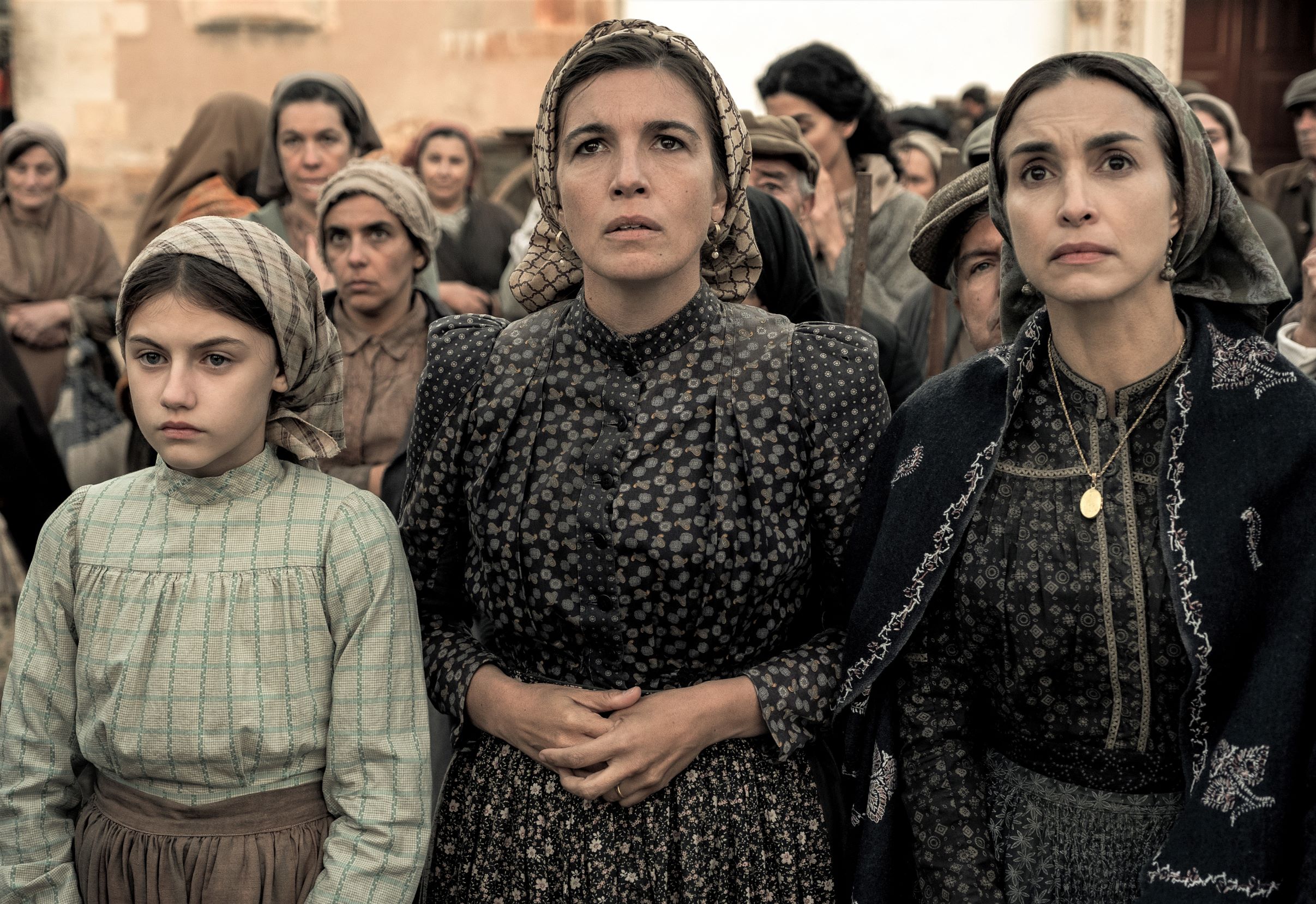 It’s great, too, to see Brazilian actress Sônia Braga back in the limelight: you may remember her from films such as Kiss of the Spiderwoman, and Dona Flor and Her Two Husbands.

The village location and the real Fátima

The modern-day Fátima is no longer a little village, of course, and thus would not have been a suitable location as the place where the young shepherds grew up. For that, Cidadelhe was chosen.  Here are a couple of my photos from my visit to the Sanctuary of Our Lady of Fátima. Whether it is worth visiting depends mostly on your emotional/religious investment in the story. But Fátima is near a cluster of World Heritage sites – the Convent of Christ at Tomar, the monasteries at Alcobaça, and Batalha – and can be easily allocated a half day around those. 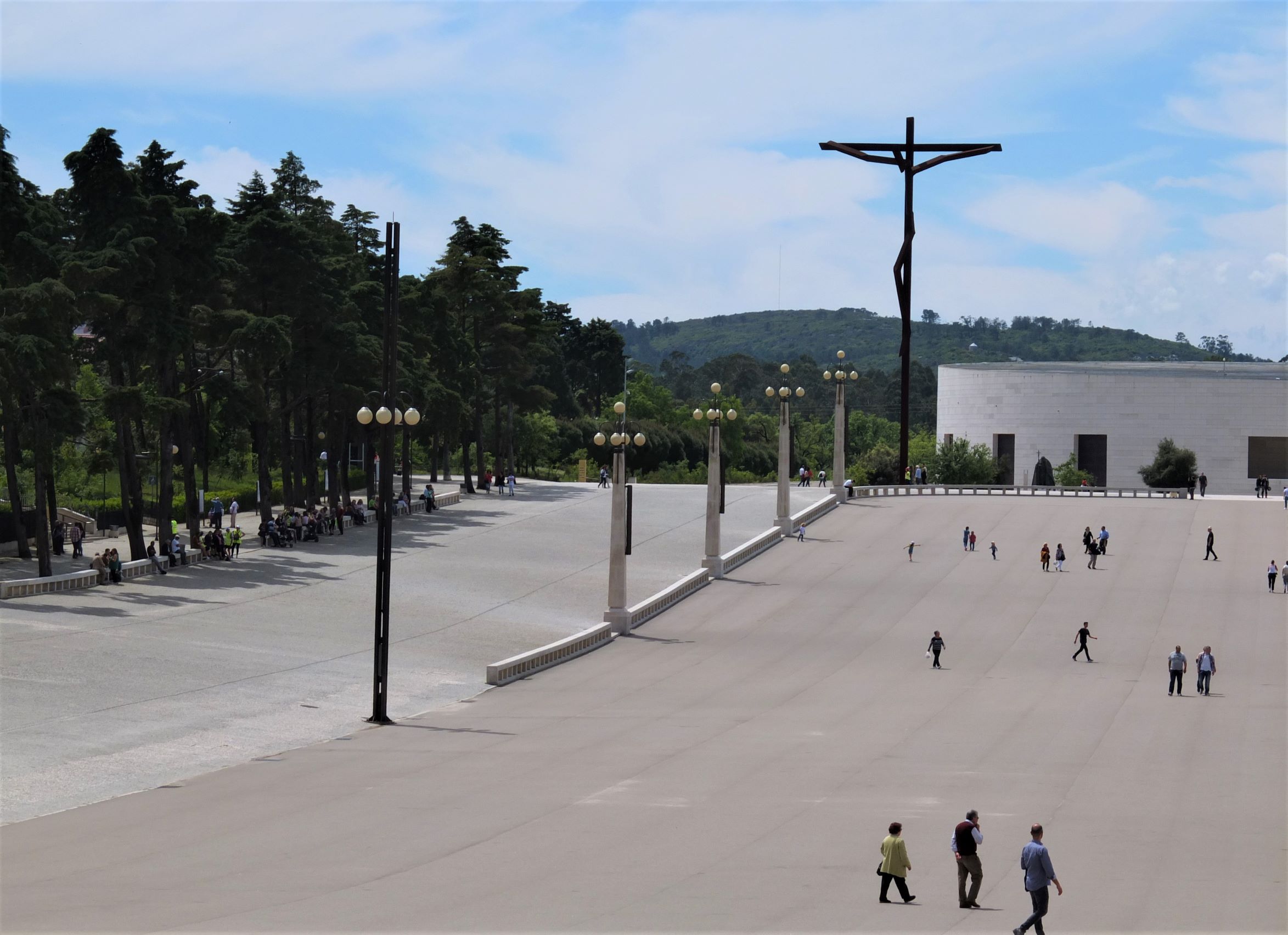 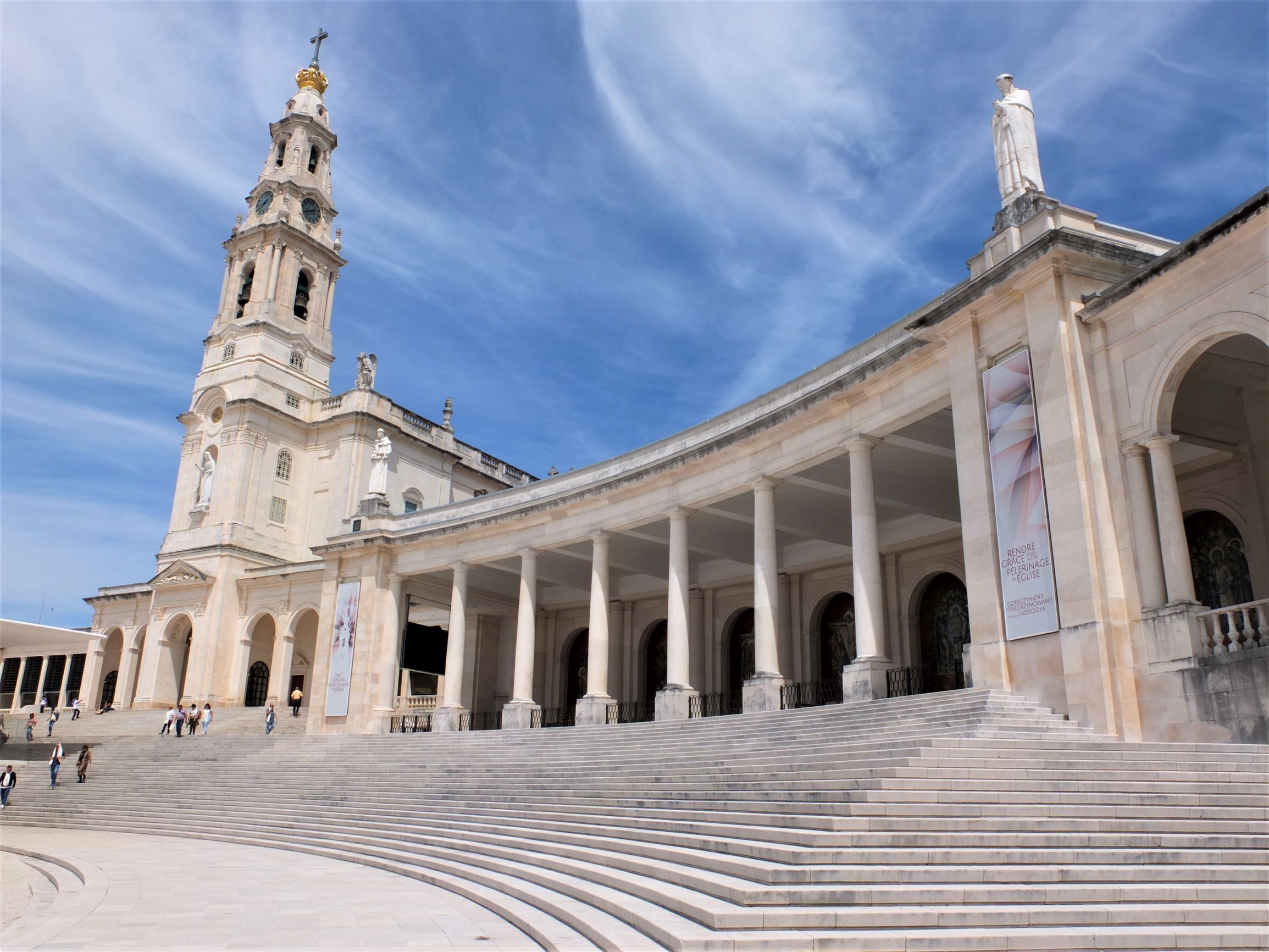 My one quibble with the film is that it wasn’t in Portuguese. M5R