Home Italian Made in Italy: a Tuscan idyll
ItalianItalian film

You won’t hear much Italian in the film Made in Italy, but you’ll get to see gorgeous Italian scenery, which is something to be grateful for at a time when travel is off-limits for many people.  It’s set in the revered region of Tuscany – the village scenes were shot in Monticchiello – and even though writer/director James D’Arcy says the film crew had to put up with “the worst spring weather Tuscany has had in 50 years”, it looks glorious.

“Tuscany is a romantic idyll,” says English expatriate real estate agent Kate (played with po-faced relish by Lindsay Duncan) early on in the movie. But unlike another famous film set in the region, Under The Tuscan Sun, in which a depressed and newly divorced American woman buys a dilapidated mansion on whim while on holiday in Italy, and stays on to find happiness and meaning in life, Made in Italy‘s chief protagonists are trying sell to their alluring hilltop Tuscan villa, which for some reason they abandoned long ago. They are jaded artist Robert (played by Liam Neeson) and his twenty-something son Jack (Micheál Richardson), a London art gallery manager, who needs money urgently.

The pair are more or less estranged and have not been back to the Tuscan home for 20 years. The reason why is the film’s ‘big reveal’ but it doesn’t keep us on tenterhooks as much as it should as it delves into the troubled past. Still, it’s a pleasant enough cinematic journey tagging along with them as they set off for their old haunt and bring the dilapidated villa back to life.

D’Arcy is an experienced actor but this was his first film as director, and it’s not without flaws. In trying to make everything Italian seem bucolic and idyllic, it becomes twee and too contrived. You know that the moment Jack walks into an empty restaurant owned by the gorgeous Natalia (Valeria Bilello) that she will be the love interest. Her risottos are heavenly! One spoon and it’s swoon, swoon, swoon.

However, the film is very much focused on the two male leads. “I always envisioned a love story between father and son,” says D’Arcy, whose father died when he was six. “I hoped that by placing them in a foreign location that harboured both secrets and memories for them I’d be able to use that to my advantage in terms of cracking open the hard shells of these two stubborn characters. I felt that the glorious Tuscan location might help melt away the build-up of resentments they’d accumulated – to reveal their true love for each other.”

That’s all very well, and it’s a brave topic to tackle, but in doing so, the women in the film are reduced to peripheral figures. Natalia – who has a daughter from an unhappy marriage – is left languishing on the sidelines as the film focuses on the reconciliation of the long-suffering father and son, and the circumstances in which the former lost his Italian wife and the boy lost his mother. 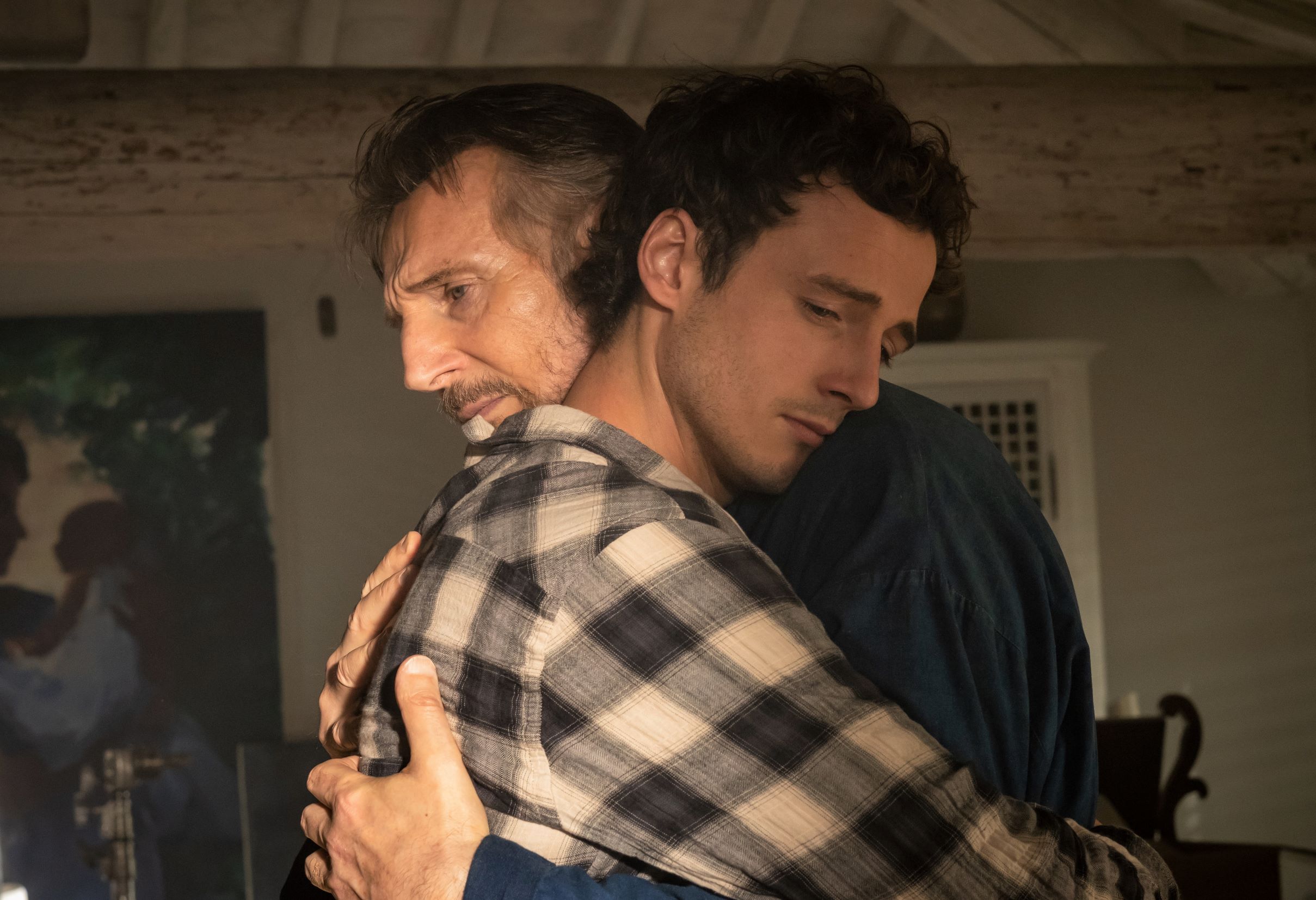 I didn’t realise until after I saw the film that Neeson and Richardson are father and son in real life and that they have had to go through a similar grieving process: Micheál’s mum is the actress Natasha Richardson, who died after a skiing accident in Canada in 2009, 15 years into her marriage to Neeson. Making this film must have raked up difficult emotions for them, or maybe it helped bring some closure. For some reviewers, this made the film more poignant; others found it unsettling.

It’s by no means a glum movie. It has some really funny lines (Lindsay Duncan is wonderful in her small part) – and one consolation about watching a film in a cinema where there’s enforced social distancing is that you can chuckle or laugh out loud with more gusto than you would wedged tightly between strangers. The bottom line is that D’Arcy wanted to make a feel-good movie, and he succeeded.  M5R