It’s on! Australia is getting a 2021 Italian Film Festival, despite all the disruptions of COVID and lockdowns in Sydney and Melbourne and other parts of the country. Urrà! Evviva! (hurrah, hurray!)

Thirty-two films will be screened by Palace cinemas in seven cities, starting on October 20 in Brisbane, Adelaide and Perth; October 22 in Byron Bay, and October 27 in Sydney. Canberra and Melbourne will have to wait until mid-November, though, before their three-and-a-half-week festivals begin.

Judging by the program, though, it will be well worth the wait. The opening night film is Daniele Luchetti’s Lacci (The Ties) which opened last year’s Venice Film Festival – the first Italian film to have that honour in more than a decade. It’s a story of love, marriage and betrayal, and the consequences over the course of three decades. The first part, set in Naples in the 1980s, looks at the lives of married couple Vanda (Alba Rohrwacher) and Aldo (Luigi Lo Cascio) – both pictured at top with their children, Anna and Sandro. In second part, covering their lives 30 years later, Laura Morante and Silvio Orlando play the two leads.

Another highlight is A Chiara (To Chiara) recent winner of the Director’s Fortnight in Cannes. Jonas Carpignano’s drama tells the gripping story of a 15-year-old girl from Calabria who discovers her father may have criminal ties. It’s Carpignano’s follow-up to A Ciambra, which was selected as the Italian entry for the Best Foreign Language Film at the 90th Academy Awards, but did not make the final short list. 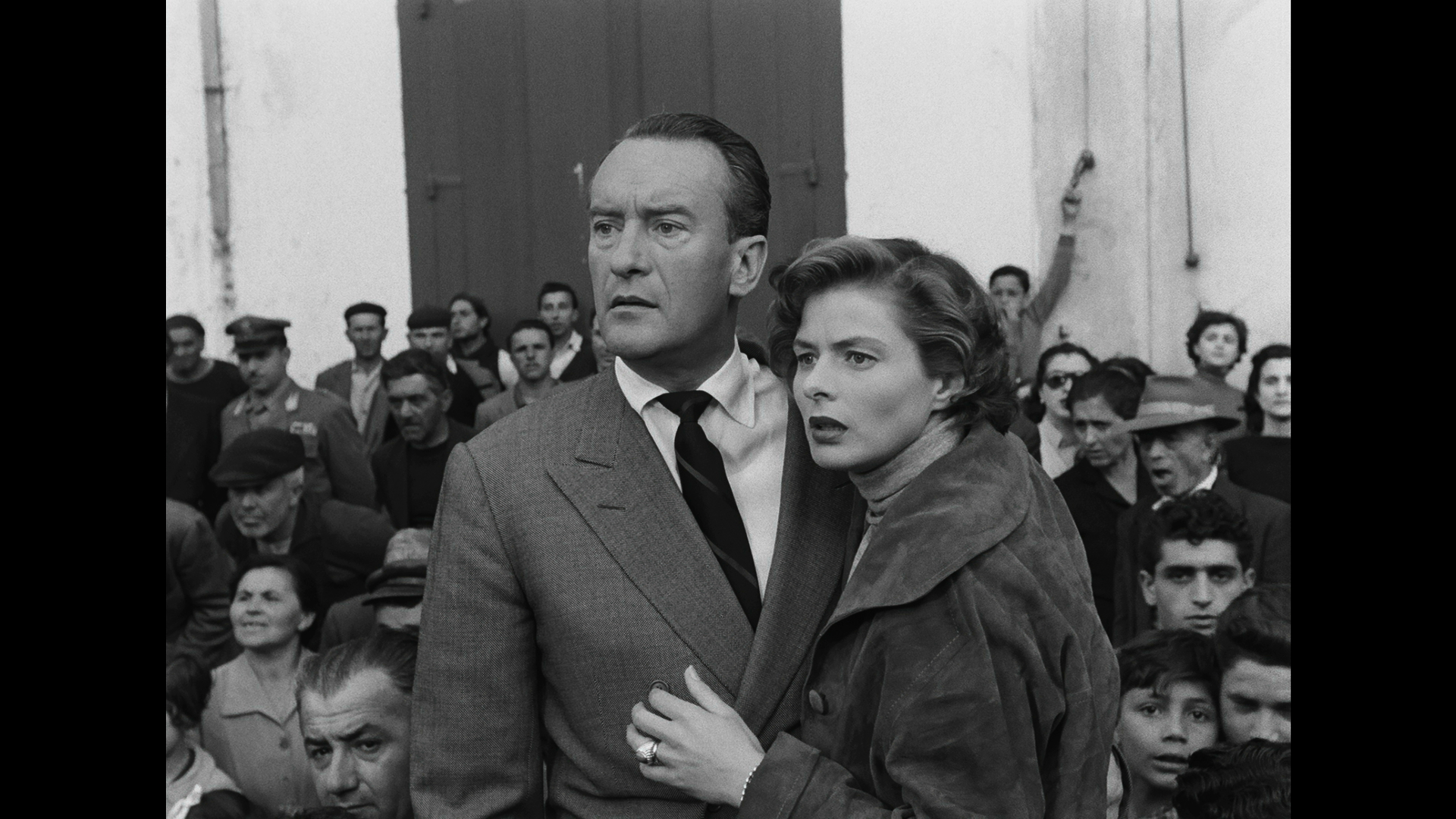 George Sanders and Ingrid Bergman in Journey To Italy.

The 2021 Italian Film Festival features a retrospective on great Italian director Roberto Rossellini (1906-1977), and the closing night film is a 4K-resolution restoration of the 1945 film Rome, Open City, a classic of the Italian neorealism genre.

Other films in the Rossellini retrospective are Journey To Italy (1954), L’Amore (1948), Paisan (1946) and Stromboli (1950). The latter was Rossellini’s first collaboration with acclaimed Swedish actress Ingrid Bergman. They became lovers on the set, which caused quite a scandal as they were both married. Not for long, though – they soon divorced their spouses so they could marry each other and had three children.

Hang in there: the story of Eiffel, his tower and lost love