Home Romanian The quirks of Romania and Romanian
RomanianRomanian grammar

The Romanian language has many quirks, and life there can throw up amusing incidents too. My two-week summer language course in Sibiu with Rolang School was a great experience and quite fun in some unexpected ways.

For example, in my first week I stayed at the Hotel Imparatul Romanilor, partly because I wanted to sample its old-fashioned grandeur, but also because it has lovely swimming pool in the basement, and swimming pools are hard to come by in Romania. However, the wi-fi was very weak in the bedrooms (this was in 2013, I’m sure the system has improved now) particularly in the rooms that, like mine, were further away from the central lobby areas.

The wi-fi signal was better in the corridor, but the lights there were always off: they would come on only when the sensors detected movement. So whenever I wanted to go online, I had to sit in the corridor with my laptop (I didn’t have a smartphone at the time). If I sat still for too long, the lights went out, then I would have to flap my arms and gyrate vigorously to get them going again. It was good exercise.

Sometimes people would enter the corridor just as I was doing my waving raving, and they’d either give me strange looks or wave politely back. But I enjoyed my week there and would happily stay in Hotel Imparatul again. 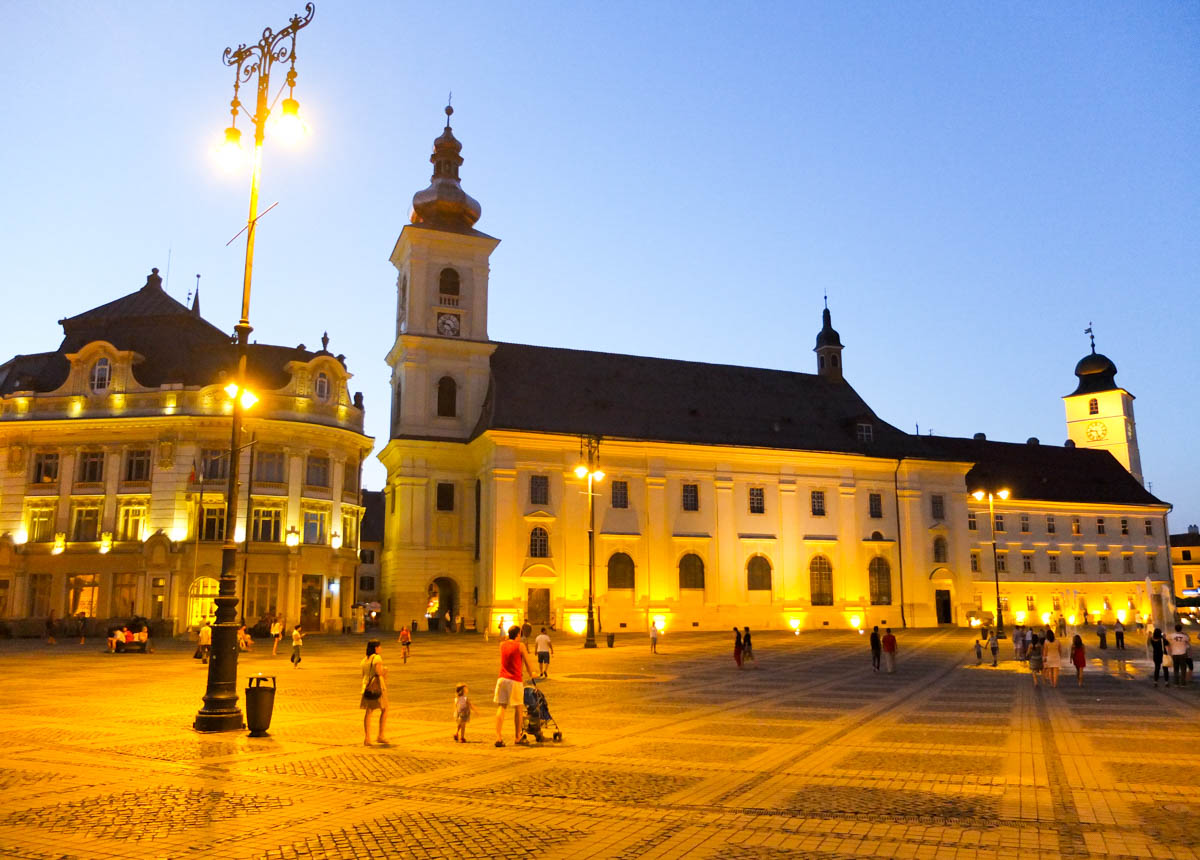 On to the language. Romanian language sure has some oddities! Here are some notes that I made at the time.

Romanian has masculine, feminine and neuter nouns, and the neuter ones act like masculine words in the singular and feminine words in the plural. And many nouns that you would expect to be neuter are not, there is no real rule or logic about which ones are or aren’t, so you just have to learn them by heart. For example, căpşună (strawberry) is feminine, măr (apple) is neuter, and strugure (grape) is masculine.

While the indefinite article goes in front of the noun (un băiat = a boy, un frate = a brother, o fată = a girl), the definite article is attached at the end as a suffix, and the suffixes vary depending on the gender or the whether the word is masculine, feminine or neuter and whether the word ends in a consonant or vowel etc. Hence băiatul = the boy, fratele = the brother, fata (without an accent on the last a) = the girl.

Because of the above, there are also two plurals that you have to learn, an indefinite one and a definite one. For example, (nişte) baieţi= (some) boys, but baieţii = the boys; nişte fete = some girls, fetele = the girls. Getting confused? Don’t worry, it’s normal!

Romanian verbs in the infinitive form end in a, e or i, but for each – in the present tense at least – there are two possible conjugations, and again often there is no real rule or logic to which set of endings a verb might take, so you just have to learn them off by heart. Plus there will be lots of irregulars and exceptions!

Adjectives in most Romance languages normally agree in number and gender with the word they are modifying; that is, normally one of four forms will have to be used -either masculine singular or plural, or feminine singular or plural. This is often the case in Romanian too (but bear in mind that neuter words take the masculine adjective in the singular but the feminine adjective in the plural). So, for example, the four options for white are alb (masc sing), albă (fem sing), albi (masc pl), albe (fem pl). But, just to make things complicated, there are some adjectives that take only three forms, the plural being the same for both genders usually (mic, mică, mici = small), some that take only two forms, usually just a singular and a plural (mare, mari = big) and some that have only one invariable form, such as maro (brown) and eficace (efficient).

Romanian makes greater use of the dative and genetive, but that’s another story. M5R

See also: Do your head in with the rudiments of Romanian

My head is spinning!
*she crosses Romanian off the list of possible future language learning exploits*

Hi, no, no no, persevere! It’s a lovely language once you get used to it. It just takes years and years to get used to it, ha ha. Cheers

Right now, I’ve got enough on my plate with Spanish and Portuguese 😉

Thank you, this is awesome. I have been struggling with the language for some time. I appreciate this post. I am also really glad that you had fun on your trip 🙂

Hi, I hope you are well. I shall try to cover the language in more depth from time to time. Stay tuned! Cheers

[…] The quirks of Romania (and Romanian) (myfiveromances.wordpress.com) […]

[…] The quirks of Romania (and Romanian) (myfiveromances.wordpress.com) […]