It’s not often you seen a Romanian film in cinemas in Australia, particularly one that examines gay themes, so the appearance of 5 Minutes Too Late at the 2021 Mardi Gras Film Festival in Sydney was very welcome.

It’s a film that will enthrall anyone who is interested in news and current affairs and how the media reports it – in this case a team of investigative journalists at television station in Bucharest. Most of the sleuthing work, though, is done by Liliana Calomfir, played superbly by Diana Cavallioti.  She’s such a bundle of energy her colleagues can hardly keep up.

What a difference 5 minutes can make

The subject of her investigation is the military police and how adequately or inadequately they responded to an emergency call when an LGBTIQ film screening at a cinema in the city is disrupted by anti-gay protesters; things get violent, a young gay man is bashed and an ambulance has to be called. The victim of the bashing ends up in a coma in hospital.

The crux of the matter is in the timing: who arrived first, the police or the ambulance? Accounts differ. Liliana’s clever but perhaps not strictly ethical sleuthing leads her to believe that the police were negligent and could – if they wished – have been in a position to prevent the violence breaking out. But she cannot persuade any of the LGBTIQ people present to come forward to make a statements for the TV cameras. Their families don’t know they are gay, and they don’t want to out themselves on national television.  She has to look for clues elsewhere. 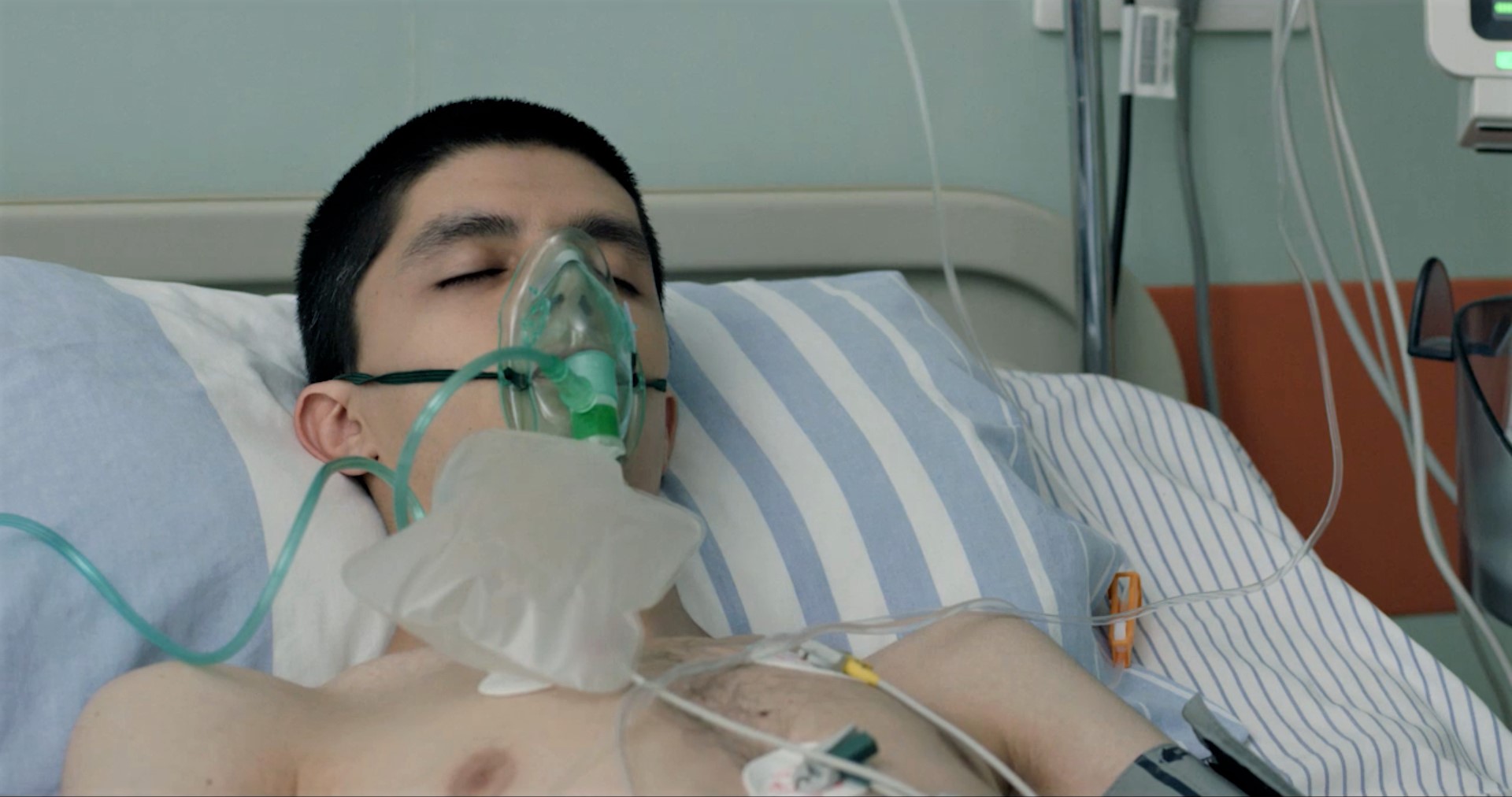 The victim of the assault fights for his life in hospital.

As Liliana’s investigation progresses, the police unit leader Nicu Holban (played by experienced actor Mihai Calin) finds himself fighting to save his reputation and his job, and to prevent his family from falling apart.

To the TV crew, he’s the potential villain of the story (strangely, it seems nobody in the police or TV crew investigates who it was that landed the punch that put the young man in a coma). At times you wonder why writer-director Dan Chisu puts so much emphasis on the emotional strain that Holban and his family is going through. Things aren’t helped by the fact that he’s a lousy father – he rules home with an iron fist – and his daughter’s desperate to leave home.

The Holmans have a tense family conference in a cafe.

In contrast, the domestic lives of the journalists is never examined. It’s strictly work-related tensions for them: Liliana wants justice for the victim of the bashing; her boss Coman (played by Emanuel Parvu) wants good ratings. They continually clash.

The study of fatherhood culminates in the final hospital scene, one that is has been set up as a public relations exercise for the police in front of the TV cameras. Holban has to come face to face with the parents of the young man in a coma, who are visiting him for the first time.  What happens is totally unexpected and truly shocking. M5R