The Goddess of Fortune delivers a welcome last laugh

Award-wining Turkish-Italian director Ferzan Özpetek’s latest film La Dea Fortuna (The Goddess of Fortune) has been getting an impressive run on the Australian film festival circuit. Its first appearance was at the 2020 Italian Film Festival last September/October, then again in November/December when Melbourne came out of its extended COVID lockdown to have its Italian fling.

This year it has screened in the Sydney Mardi Gras Film Festival and subsequently made it into of the ‘best of the Mardi Gras festival’ program touring Canberra and the Blue Mountains. There will be repeat screenings of Mardi Gras festival films on demand in the week ahead, so it may even feature on that. See it if you can: it has a top cast including Stefano Accorsi, Edoardo Leo and Jasmine Trinca, who won the 2019-20 David di Donatello Award for Best Actress for her terrific performance in it.

Özpetek shot into the international limelight with his gorgeous, sensuous 1997 film Hamam (Il bagno turco in Italian), which stirred up interest in the healing powers of Turkish baths long before the wellness industry became a thing. It was quite controversial in his native Turkey for its depiction of a same-sex relationship, but at the same time it was a terrific advert for Istanbul and Turkey as a tourist destination in the pre-Instagram era.

The 2018 Italian Film Festival in Australia paid tribute to Özpetek with a retrospective of his work. Probably my favourite of those I’d seen prior to The Goddess of Love was Mine vaganti (Loose Canons in English), made in 2010. A witty, heart-warming comedy, it was nominated for thirteen David di Donatello Awards.

What does La Dea Fortuna have to offer? The trailer is lush, with the beautiful song Luna Diamante by Mina and Ivano Fossati setting the mood, but a little enigmatic.

The Goddess of Fortune is no comedy. If you are looking for cheery escapism, for much of its near two hours you will feel you’re in the wrong place. But persevere. For the goddess of fortune to smile on us, we need obstacles along the way.

The film focuses on a gay couple Arturo (played by Stefano Accorsi, an actor who seems to pop up every year at the Italian film festival) and Alessandro (Edoardo Leo) and their wider social circle. Most of the adults among the large ensemble cast,  are at the age when life has started to play cruel tricks. One man has early onset dementia, and the couple’s dearest friend, single mother Annamaria (Jasmine Trinca), is having to come to terms with an illness that could be life-threatening.

Arturo and Alessandro, meanwhile, have their own messy issues to sort out: their 15-year relationship is on its last legs, and their arguments are getting increasingly vicious and bitter. There’s a scene in the dining room of a ferry that made me wince, their behaviour was so awful and vindictive. But people can be like that in real life. As the saying goes, there’s a thin line between love and hate. There’s not much to like about their characters, but Accorsi and Leo are skilful actors and keep us engaged. 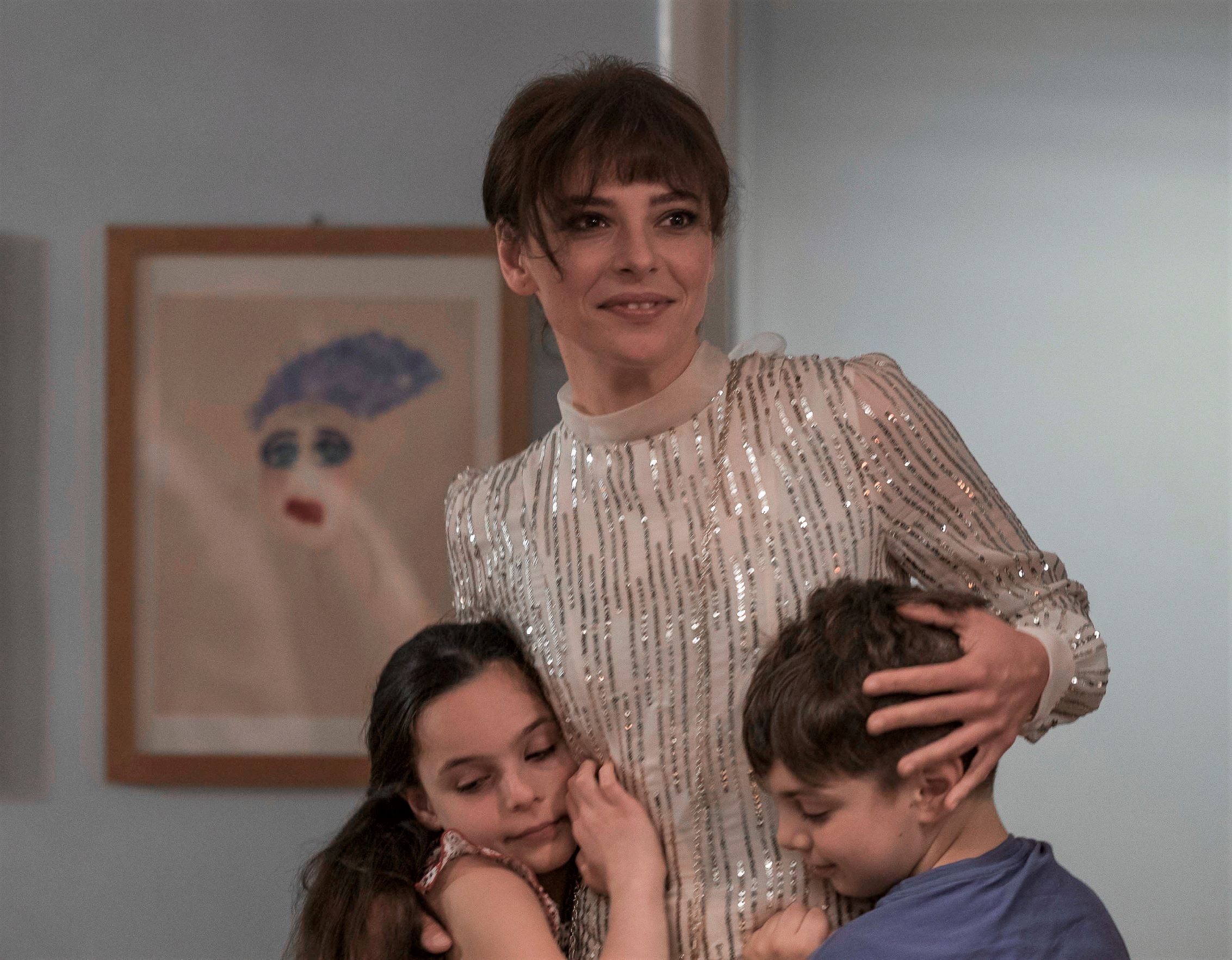 When Annamaria asks Arturo and Alessandro to take custody of her children, Martina (played by Sara Ciocca) and Alessandro (Edoardo Brandi), while she goes into hospital, the two men have to focus on much greater issues than their petty squabbles. Thank God for that! The action moves from Rome to Sicily (notably the stunning Villa Valguarnera outside Palermo) where things get really bizarre. The two men have a confrontation with Annamaria’s sinister grandmother (played Barbara Alberti); she rules the manor as a kind of a cross between an evil Mafioso witch and Miss Havisham of Charles Dickens’ Great Expectations (a character who gave me nightmares when I first saw the film as a child. The two kids in The Goddess of Fortune are terrified of her.

To say much more would give the game away, but the final scene – a mostly wordless sequence at the seaside – is unexpected and clever. The weary tediousness of middle age gives way to youthful zest. Through facial expressions alone, Accorsi and Leo deftly suggest that their characters could be in for rejuvenation and a happy ever after. M5R