Italy’s one of the stars of the film The Man With The Answers, along with actors Anton Weil (left, above) and Vasilis Magouliotis (right). It’s a film for polyglots and lovers of languages and armchair travel. Though it’s mostly in English, there’s enough Greek, German and Italian dialogue for those languages to be included in the official classification. The film is a Cypriot, Greek and Italian production.

There is a strong Italian influence in the soundtrack too. Bari-born composer Francesco Cerasi wrote the score, and Italian band Canova feature prominently.

The Man With The Answers’ world premiere was held at the 2021 Mardi Gras Film Festival in Sydney earlier this month. COVID travel restrictions meant writer-director Stelios Kammitsis couldn’t attend, but the festival organisers, Queer Screen, sent him a photo of the audience waving enthusiastically before the start of the movie. And I can happily report that they were just as enthusiastic about it when the final credits rolled. On the audience voting form I gave it 8 out of 10.

Bari to Bavaria in an old Audi

The narrative is largely driven by road trip, with all the emotional journeys that such trips entail, and the film cleverly shifts gears until it reaches its spirited finale. It starts in Greece, where Victor (Magouliotis), a competitive diver whose career was cut short by injury, is living a humdrum, lonely life. It becomes lonelier when his grandmother dies, and he is temporarily laid off from his work as an upholsterer.

What’s a man in an emotional slump to do? He packs a few things into the boot of his old Audi and boards a ferry to Italy, that’s what. The plan is to drive from Bari to Bavaria to reconnect with his mother. Hopefully she will give him a good feed. In the ferry’s canteen all he can afford is a bottle of water, the overpriced sandwiches are out of his financial reach.

Hovering nearby, a wily, gallant, handsome German knight, Matthias (Weil), comes to the rescue. A deft piece of shoplifting, and hey presto! it’s expensive sandwiches for dinner! But Victor refuses to eat stolen goods and rebuffs any overtures of friendship.

Upon arrival in Italy, Mathias smooth-talks Victor into giving him a lift. Luckily for viewers, he persuades Victor to take the scenic route rather than the horrible-looking highways. To break their awkward silences, Matthias suggests they play the game ’20 Questions’.  (Hence the film’s title.)

Before long, the Audi’s winding slowly down an isolated road somewhere in Puglia. Victor half-jokingly wonders aloud if Matthias plans to kill him in the forest. Instead they come to a gorgeous lake… 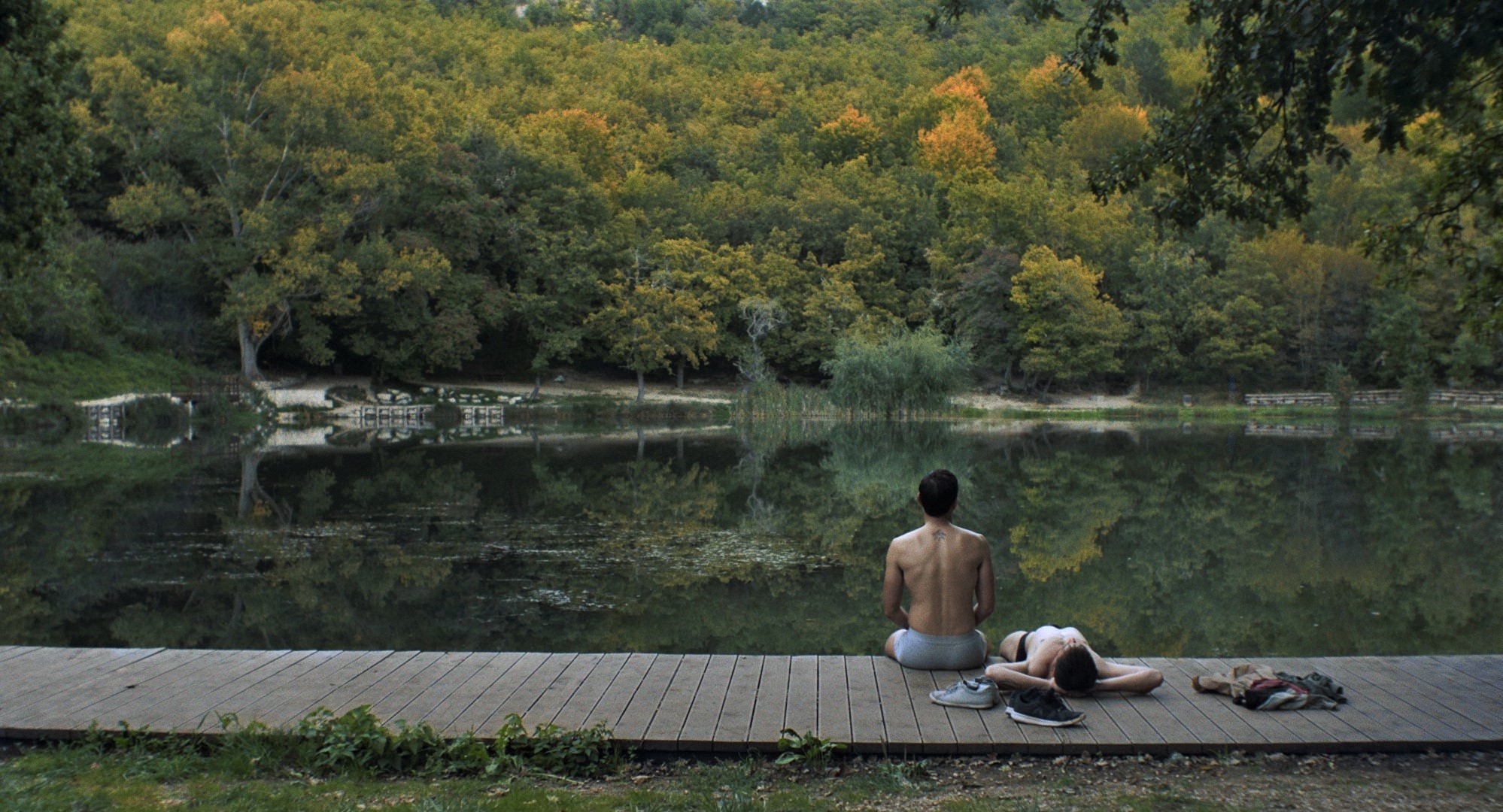 The lakeside scenery is stunning. 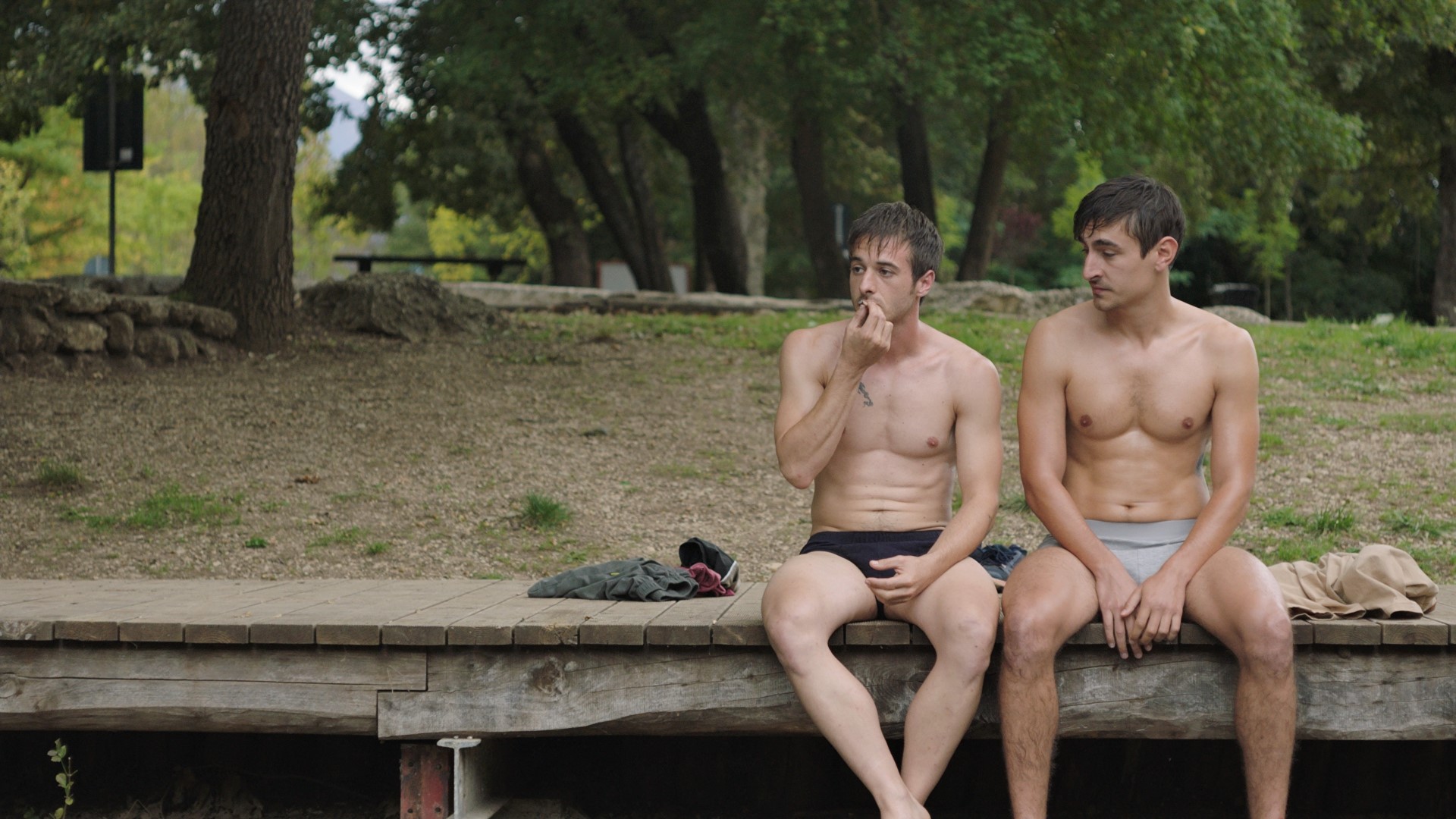 Forget stolen sandwiches: there’s nothing like a skinny dip and a shared cigarette to ease tensions and start a friendship.

Next the pair attend a vibrant wedding party in a gorgeous Italian village, to which Matthias had been invited. Time for Italian cliches: great food, bountiful wine wine, beautiful people, exuberant dancing. Is the film about to descend into the cheesy vibes of Made In Italy meets My Big Gay Italian Wedding?

The party’s over. Now we’re in Germany and as the old Audi struggles up the steep but spectacular winding roads of the Bavarian Alps, the air gets chilly, tensions set in. Look how grumpy Victor becomes… 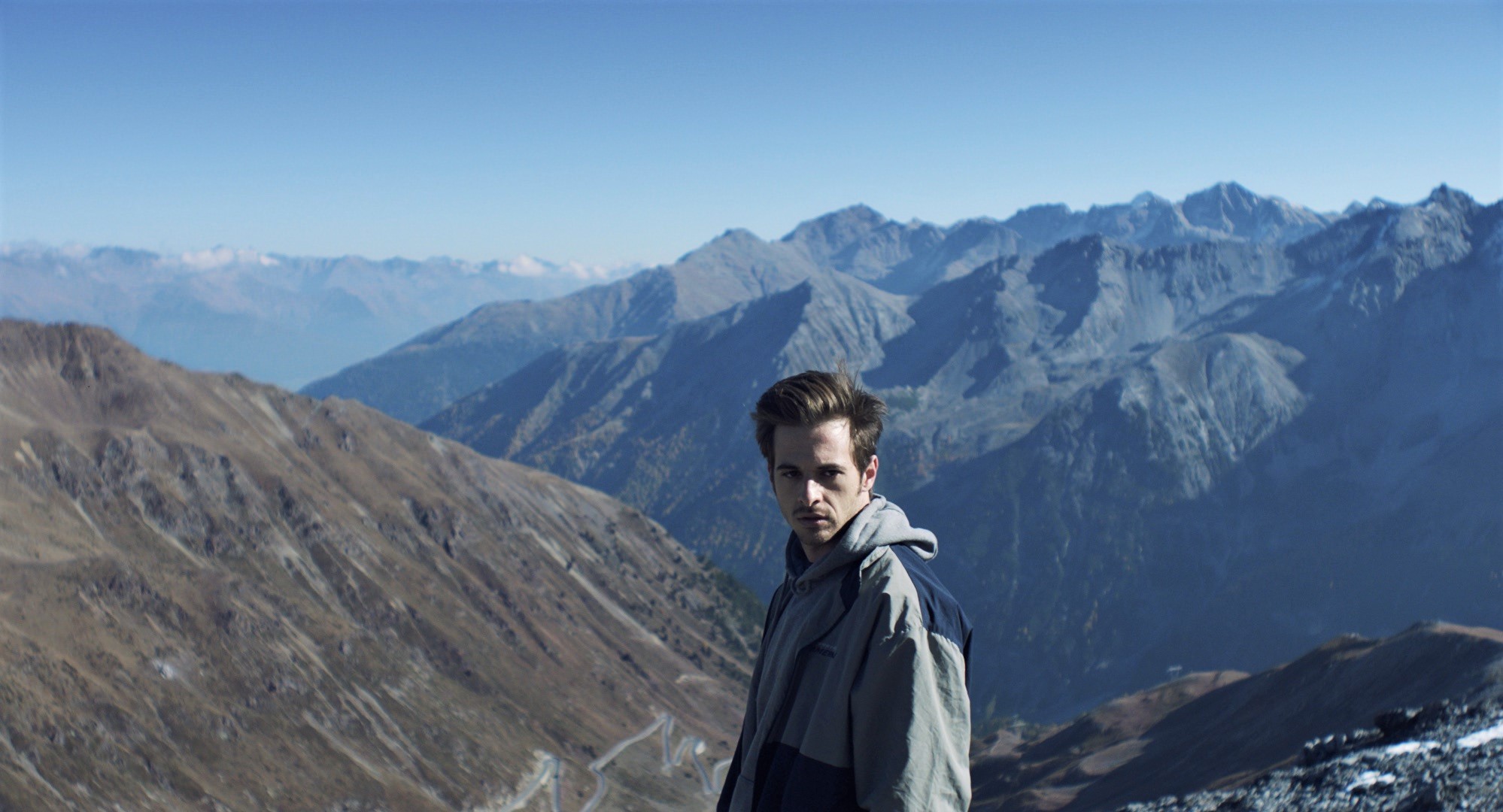 But no, the film does not resort to ‘exuberant Italian/dour German’ stereotypes. Comic scenes take place when Victor finally arrives at his mother’s home with Matthias in tow, interrupting his young step-brother’s birthday. But the comedy is tinged with pathos. The adults squabble while trying to keep up appearances and behave like adults in front of the kids. A big black dog in a wonderful cameo role has an unfortunate mishap. German-Greek actress Stela Fyrogeni is superb as Victor’s uptight alcoholic yet somehow very ‘with it’ mother.

Most importantly, though, Victor, who’s been looking for meaning in life, is now a man with some answers. M5R

The pop/rock song in the background to this is Sam Fender’s Dead Boys.

In the wedding scene there is a joyous song, Vita Sociale by Canova. They are a band from Milan and it’s probably their best known song. They split up last year, so look out for solo offerings by lead singer Matteo Mobrici in the future.