The Portuguese expression burro como uma porta (stupid as a door) – which came up in the post about the horse meat scandal and donkeys – was very popular among teachers in Portugal in the last century, I’m told. So, it’s official: the Portuguese have low opinions of doors. I dare not ask what they think of janelas (windows).

While checking the dictionaries I came across some other interesting expressions. Burro velho não aprendre línguas (literally, an old donkey doesn’t learn languages) is a Portuguese equivalent of “you can’t teach an old dog new tricks“.

And in Brazilian slang if you want to say a guy has heaps of money you can say ele tem dinheiro pra burro (he has money for a donkey). I presume this emanates from the days when donkeys were forms of luxury transport and the plebs had to walk.

Just as English has synonyms such as ass and donkey, Portuguese has other options for the four-legged creatures, namely um asno and um jumento. There are related words indicating stupidity. Asnear is to behave or talk foolishly, uma asneirada is a big blunder or nonsense, um asneirão is a big ass/fool/idiot. I like this expression: Mais que asneira! What a dumb thing to do! And dizer asneiras, to talk nonsense.

Another intriguing expressions is como asno diante de palácio… to be dumbfounded. Literally it translates as  “like a donkey in front of the palace“. I guess those rural country bumpkin asses were awestruck when they came into town and saw a grand palace or mansion.

Jumental is an adjective meaning dumb or asinine, and jumentada means dumbness or stupidity.

Burro also means donkey in Spanish but, as a friend points out, when you go to Italy and you see burro on the menu, it’s not donkey meat, it’s butter! 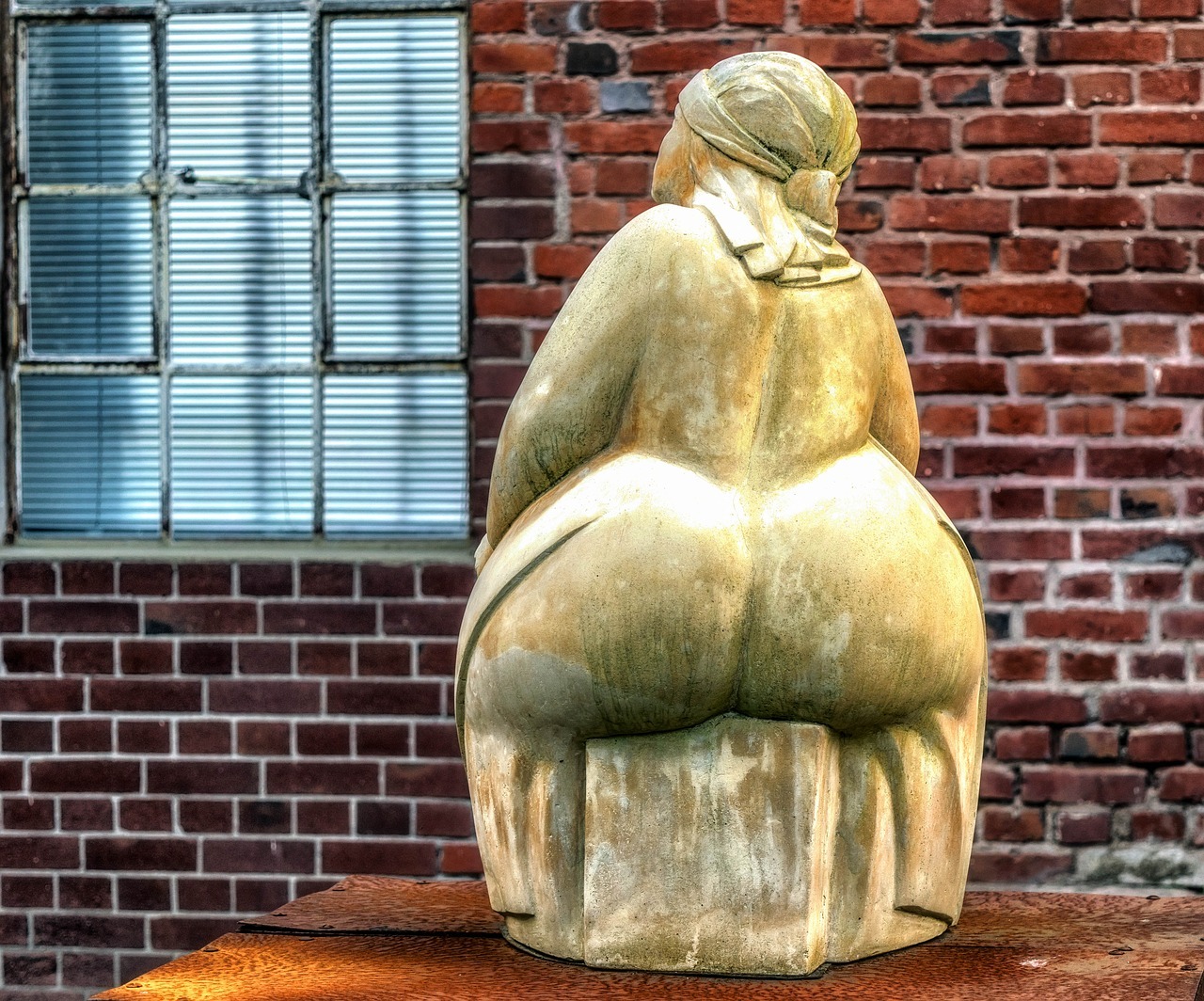 In the modern world, ass in English has another, more vulgar meaning, as in “he/she has a hot ass”. In Portuguese you would not use the word burro here. If you said someone has a hot burro, people might think you were weird.  The Portuguese word for one’s posterior (bum or buttocks) is either bunda or – perhaps more crudely – cu.

There are some nice expressions with bunda:

Tire a bunda de cadeira! = get off your ass!  (literally, remove the ass from the chair).

Chegue essa bunda para lá = move your ass!  (move this bum to there)

The best of the lot is this one:

Nascer com a bunda para a lua = to have good luck (literally, to be born with your bum pointing to the moon...). a lua is the moon and o luar is the moonlight.

Let’s chat up French people and have fat mornings

I’m trying to learn some Portuguese before heading over to Brazil next year and your latest pose is just brilliant! Not only is it educational, I’m getting my humour fix for the day! Hahah! Thanks Bernie:) Love it!

Hi, thanks for your feedback, I try to mix education with humour because education is a pretty dry topic. It’s great that you will be going to Brazil, I love that country and I must say Brazil was one of my inspirations for wanting to know the language more. I hope to focus a lot on Brazilian Portuguese in the build-up to Brazil hosting the World Cup next year and Rio de Janeiro the Olympics in 2016. Maybe we will see you there!