In English, many of the D words seem to be tinged with a thrilling emotional or sensational intensity. Things can be dangerous, daunting, dreadful, distressing, devastating, disgusting, diabolical, dire, dingy, deplorable, disastrous, deadly.

Know anyone whose name begins with D? Maybe you’d better be careful!

Many D people seem to be daredevils who lust for power or to conquer. There’s el diablo, the devil himself. Demagogues and nasty dictators. Count Dracula. There are the deities, including Diana, goddess of the hunt.  Diomedes was one of the greatest Greek warriors and Daedalus was the first man to fly.  David slew Goliath; Sir Francis Drake slew many Spanish sailors. Donald Duck was considered whacky, grumpy and tempestuous, then along came Donald Trump! There are drama queens. Dentists are terrifying to some people. Footballer Diego Maradona’s most notorious goal involved the hand of God. 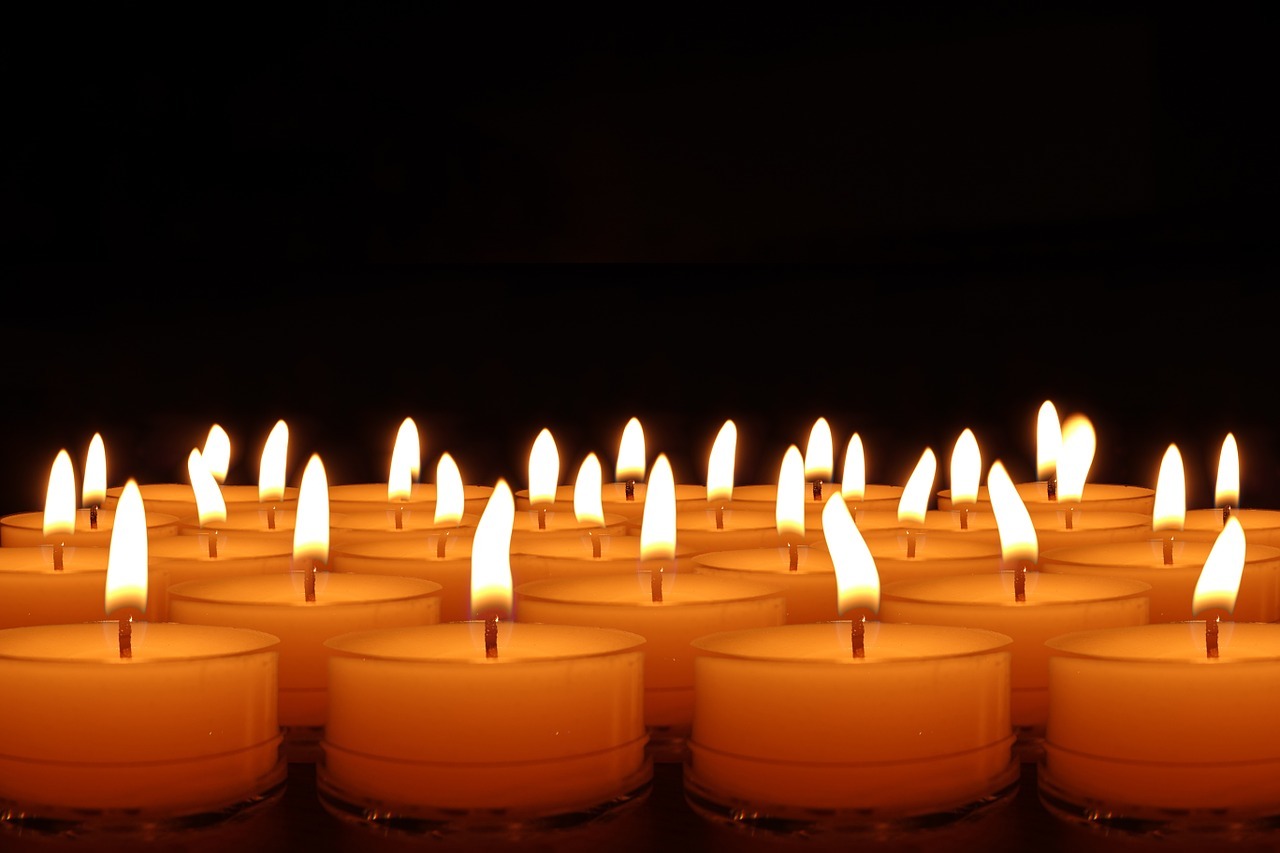 Those candles may not be as glowing as you might think.

It seems the D words are more laidback in My Five Romances. My favourite one comes from …

uma donzela-de-candeiro. Its old-fashioned meaning is a table or bench on which a night light is placed. This isn’t why it tickled my fancy, though. What I found amusing is that in Brazilian usage it has come to mean a woman who pretends to be a virgin. This must have been from the old days before electric lights and when Catholic and other religious ideology decreed that women had to aspire to be Virgin Marys until their wedding day (no such restrictions for the males). Was the biblical father of Jesus the Virgin Joseph? Maybe he was one of those macho young men who brag about being experienced lovers but in fact are still virgins, um palito ainda na caixa – a matchstick still in the box (I made up that expression.)

Donzela means maiden or damsel, and uma donzela grows up to be uma dona, a lady or mistress (as in the owner of an establishment or person in charge). When you want to be formal and polite when addressing a woman on first-name terms, you might call her Dona Maria rather than Maria.

dopotutto. This great-sounding word means after all, ultimately, though or anyway, when there is a sense of finality or conclusion. For example: E bello sentirsi apprezzati, dopotutto –  it’s nice to be appreciated anyway.

dragoste. Well, you can’t deny you learn all the crucial words here at My Five Romances. Dragoste means love or romance and thus a face dragoste means to make love. The related adjective is drăgăstos/drăgăstoasă, meaning loving, affectionate, amorous. A sample sentence from one of my dictionaries: Eram tinei și liberi, îndrăgostiți de dragoste – we were young and (care)free, in love with love.

disjoncter means to trip, fuse, short-circuit, as in the electrical sense, but it has been adapted to great effect into modern argot (slang) to mean to trip out, to go off one’s head, lose one’s head, to crack up, to lose it (mentally), to go off at a tangent. A sample sentence: C’est pas le moment de disjoncter – Now’s not the time to crack up/lose it.

We have all ‘disjoncted’ at some stages in our lives, methinks, particularly on Friday and Saturday nights. Next morning people tend to blame it on the D words drink and drugs. M5R

Donzela… lol… I was discussing this word with my Portuguese teacher last week! But she said nothing about the faux virgin aspect… maybe this really is just a Brazilian thing (she’s from Lisboa).

Hi, what a coincidence…. I’m glad because sometimes I think the words I choose are too obscure to be of any use … there are so many expressions that are unique to Brazilian Portuguese… the European Portuguese wouldn’t understand most of them… I think Brazilian Portuguese has wandered around unleashed picking up all sorts of influences whereas the continental language has been more restrained.