The best comedies at the 2021 Spanish Film Festival

The 2021 Spanish Film Festival has been awesome. There have been nail-biting thrillers, thought-provoking dramas and uplifting feel-good movies. But for me, nothing beats a rip-roaring comedy that has you in fits of laughter, all the while marvelling at the cleverness of the script and the power of humans’ imagination and creativity.

Out of the 15 Spanish films I’ve seen so far, these are high up on my list of favourites. They are among the best comedies I have seen in any language. If you need a good laugh, these two will have you in stitches.

Lo Dejo Quando Quiera (I Can Quit Whenever I Want)

Three thirty-something, dull, unadventurous, academic amigos, Pedro (David Verdaguer, centre at top), Arturo (Ernesto Sevilla, right) and Eligio (Carlos Santos), have never got far in life at the best of times. When the economic crisis takes its toll on Spain, they hit rock bottom. But come up to the lab, Pedro has something on the slab! He’s been making vitamin pills that apparently improve people’s concentration. Arturo tries one and immediately feels the benefits: he’s as high as a bar-headed goose! The trio head to the bars to sell their happy pills. It’s time to have fun, time to get rich!

Their initial attempts at finding let alone infiltrating the hip night-clubs of Madrid are pathetic. But with the help of Arturo’s sassy schoolgirl pupil Jota (Mero González) and Eligio’s co-worker at a petrol station, Anabel (Miren Ibarguren), a former lawyer, they start raking in the money. Soon the ruthless ruler of Madrid’s night club scene, Tacho (played with relish by Argentinian-born actor Ernesto Alterio) is their exclusive client.

Before seeing the film, I had presumed from the ‘I Can Quit… title that the trio get hooked on their on drugs, and that the film would be a dark and confronting: a harrowing downward spiral into addiction. Thankfully not.

When they’ve made enough money and try to quit, Tacho will have none of it. He has a team of Russian thugs working for him, and their torture methods are highly unusual but very persuasive. Just have a look at what Tacho’s got in his fridge!

Once you’re caught up in the criminal underworld, there’s no getting out. Or is there? Jota’s mum (whom Arturo fancies) happens to be a high-ranking cop. Maybe she can come up with something …

The film is a remake of sorts of the 2014 Italian comedy Smetto Quando Voglio, but has been substantially rewritten, and the inclusion of more women in key roles has given it much wider appeal. 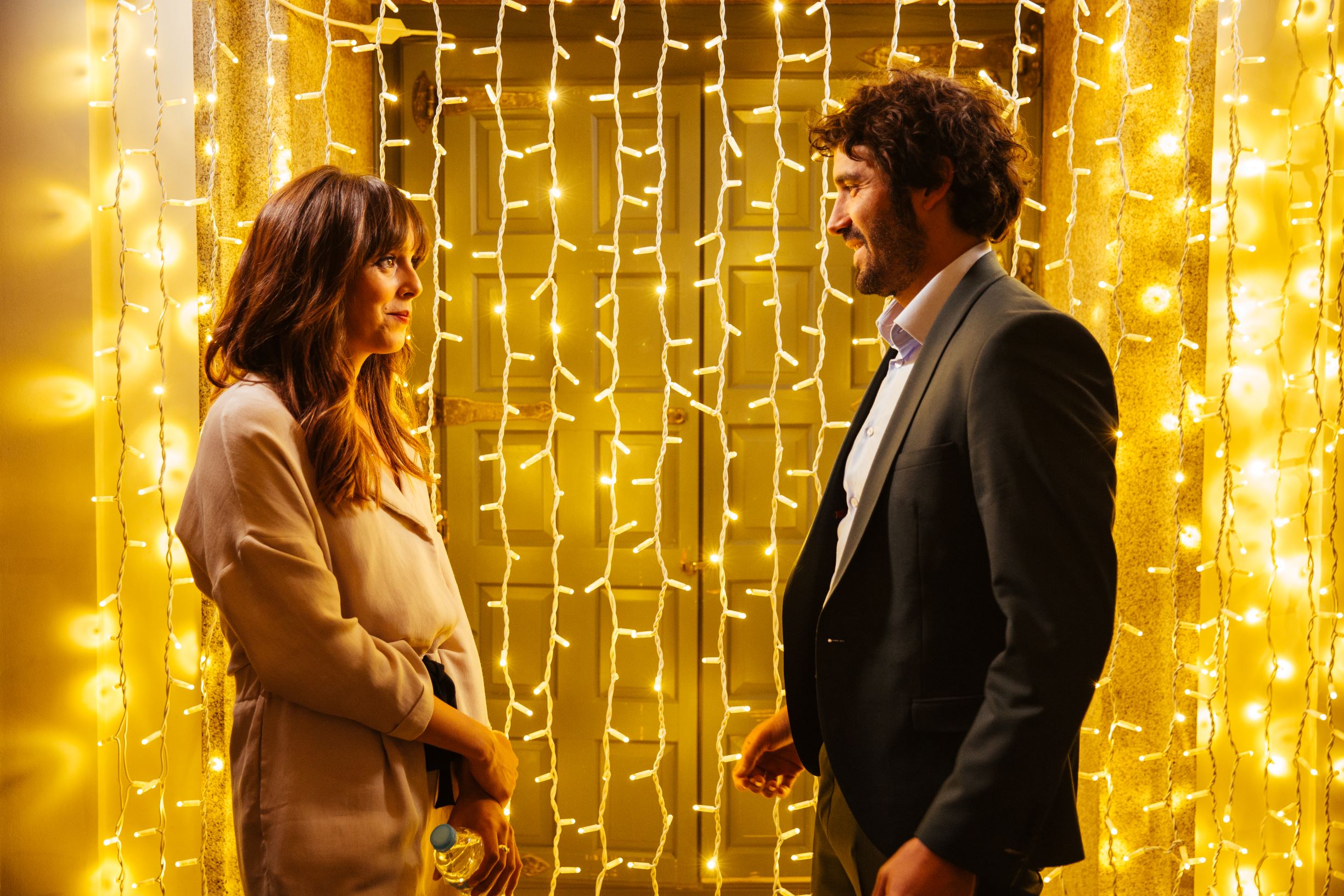 Thirty-something Marina (played with frentic gusto by Belén Cuesta) specialises in organised nuptial chaos. The weddings she plans for her clients go from one calamity to the next. An altar catches fire. An elderly relative dies mid-party and when his corpse is discreetly wheeled out, the wheelchair rolls down the hill and is involved in a car accident. But the party must go on, and it does. It’s a blast! She even has time for a quick a romp in the newly-weds’ horse-drawn carriage with handsome guest Carlos (Álex García). He’s smitten, she’s cold and unsentimental. She gives him her business card, but purely for marketing purposes.

Next day, Carlos has to make a hasty and cowardly proposal to his girlfriend Alexia (Silvia Alonso), and they enlist Marina’s services. On top of Marina and Carlos’s guilty secret, things are complicated by the fact that Marina and Alexia have an awkward personal history going back to their early schooldays.

Getting down to business

A lot hinges on the success of the wedding: Alexia’s stern and snobbish father is a hotel magnate who dislikes Carlos, but Carlos needs to win him over not just to his daughter’s hand but for lucrative hotel contracts. The wedding – to be staged in Tenerife – needs to happen without a hitch. Can Marina pull it off?

In Tenerife, though, the attraction between Carlos and Marina becomes undeniable. The literal translation of Hasta Que La Boda Nos Separe is Until The Wedding Do Us Part. Marina’s in a pickle – if she sabotages the wedding she too will ruin her own business. More to the point, if she does risk her all for love, will Carlos muster the courage to disgrace himself in the eyes of Alexia and her father? Huge, hilarious storm clouds are gathering over Tenerife!

Currently, there doesn’t seem to be a trailer available with English sub-titles. The one that was on the Spanish Film Festival website here has since been marked ‘private’). But the Tráiler oficial in Spanish will give you a good idea of what a treat it is.

Hasta Que La Boda Nos Separe is a Spanish language remake of a French film from 2017 Jour J, which I have not seen, but the Spanish version seems to be zanier.  Le jour J is the French military equivalent of D-Day, as is l’heure H / H-hour, indicating when a military operation will occur.  M5R

Collective: a study of corruption at its worst and journalism at its best

The best thrillers of the 2021 Spanish Film Festival