Fresh from its triumph at the 2022 César Awards last week, Lost Illusions (Illusions Perdues) will be the big drawcard for Australia’s 33rd French Film Festival, which runs from March 1 to April 26 at Palace Cinemas in seven cities.

Illusions Perdues, based on the three-part serial novel of the same name by Honoré de Balzac, picked up seven awards (from its 15 nominations) at the César  ceremony in Paris on February 25, including best film, best supporting actor, most promising actor (for Benjamin Voisin, pictured above), best adapted screenplay and best cinematography.

It is a lush, lavish film directed by Xavier Giannoli, so it probably came as no surprise to anyone at the César awards night that it won in the best production design and best costume design categories too. Despite its historical setting (Paris in the early 19th century), it has a very modern theme: journalism and fake news.

Giannoli’s last big hit, you may remember, was 2015’s Marguerite, starring Catherine Frot as a rich woman with a terrible singing voice who nevertheless believed she could be a star on stage. (Meryl Streep took the role in the Hollywood version, Florence Foster Jenkins.)

The menace of Russia

However, perhaps the most topical of all the 42 films featured in the Alliance Française 2022 French Film Festival is Kompromat. Consider this description from Palace Films.

“Based on incredible true events, Jérôme Salle’s gripping new espionage thriller depicts the remarkable story of a French public servant who unwittingly finds himself in conflict with one of the modern era’s most powerful and dangerous forces: Russia’s FSB [Federal Security Service].

“Gilles Lellouche stars as Mathieu, a gregarious and dedicated diplomat who accepts a posting to Irkutsk as the head of Siberia’s Alliance Française. He hopes the change will be good for his family and struggling marriage, but before long Mathieu’s staging of cultural events and support of artistic expression sees him fall foul of local authorities.

“Accused of a terrible crime, he soon realises someone has fabricated a case with Russia’s Federal Security Service; he has been framed. Arrested, imprisoned and isolated, Mathieu has nowhere to turn. Defending himself is impossible, the French authorities are helpless… it seems he has no choice: to try to escape.” 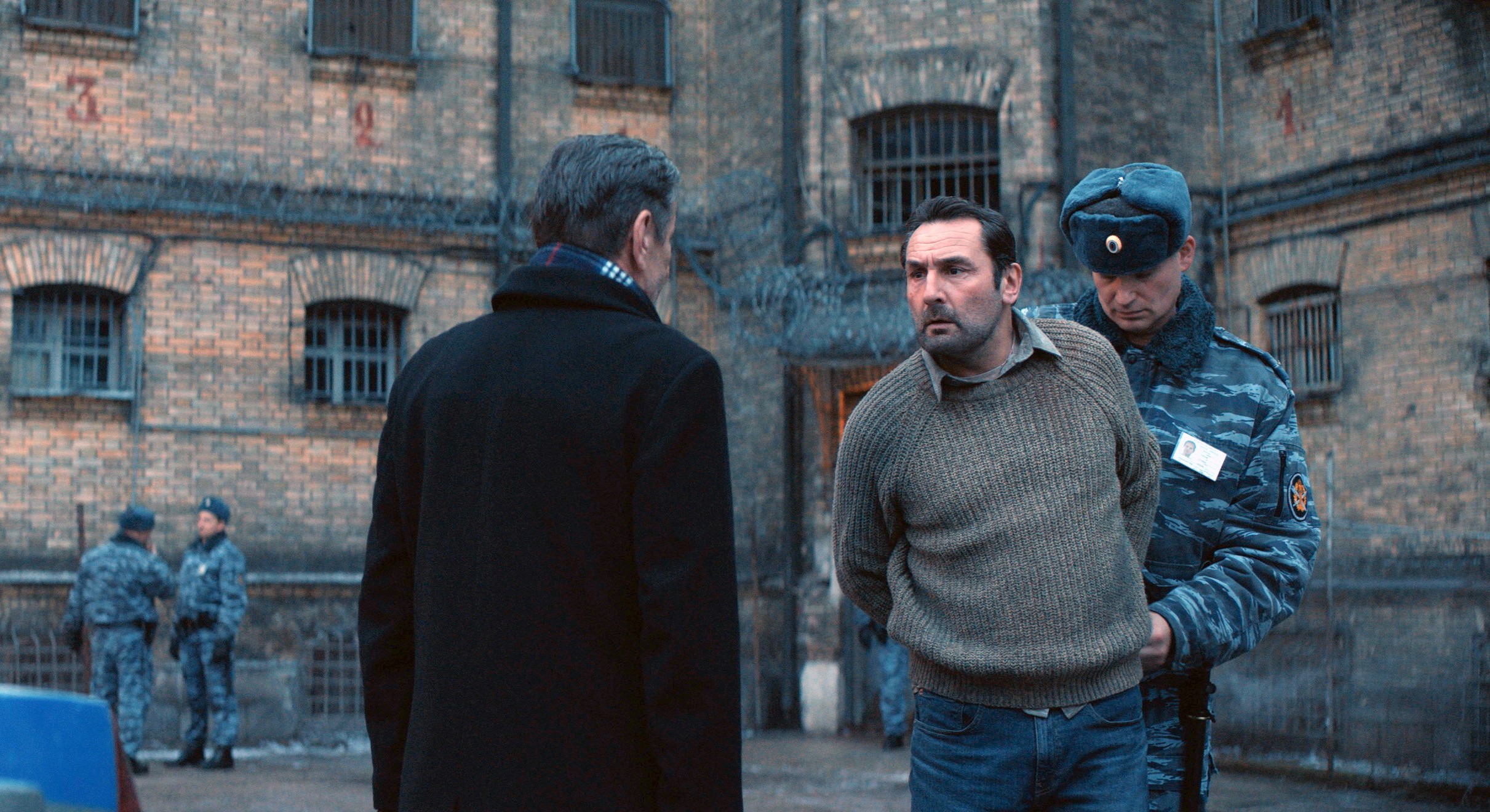 Gilles Lellouche as Mathieu, who rubs up the Russians the wrong way in the film Kompromat.

On a lighter note, some of the more intriguing-sounding films – for male patrons at least – are Love Songs For Tough Guys (French title Cette Musique Ne Joue Pour Personne) and Men On The Verge Of A Nervous Breakdown (Hommes Au Bord De La Crise De Nerfs). The latter is one of seven films grouped together in the official program as “Riotous French Wit”.

Women’s issues are covered in a trio of films grouped under the “We Are Women” tag, and as you would expect from any good French film festival, there’s a good sprinkling of love stories.

Expect to see many of the big names of French cinema such as Catherine Deneuve, Fanny Ardant, Juliette Binoche, Valeria Bruni Tedeschi, Gerard Depardieu, Daniel Auteuil and Alain Delon (in a screening of the 1960 classic crime thriller Purple Moon).

In the official program, the festival’s Artistic Director, Karine Mauris, says, “You will travel to France, Lebanon, Mali, Russia, Canada, Tibet, the North Pole and many other places … and meet fascinating characters that will take you into the whirlwind of life.”

You can see everything that’s on offer at the 2022 French Film Festival on the official website. M5R

One man’s food is another man’s poison in Delicious