A decade ago the great French actor Gérard Depardieu became a persona non grata in France, or rather France became a country non grata with him. In a spectacular hissy fit, he declared he was ditching his French passport in protest against French tax rates, and went into tax exile in Belgium.

Then, bizarrely, Depardieu became a citizen of Russia, which he called “a great democracy”, and expressed admiration for Russian president Vladimir Putin. (Now that’s not a good look in 2022, is it?)

In addition, Gérard Depardieu was accused of rape in 2018. After a nine-month investigation, the charges were dropped but in February 2021 the case re-opened and he was charged again. The matter hasn’t yet gone to court (you can read the latest developments here.)

So it came as a big surprise to me to find Gérard Depardieu featuring in no less than three films at the 2022 French Film Festival in Australia, and being somewhat of a poster boy for it (if you can call a 73-year-old a poster boy).

The most notable role is that of police detective Jules Maigret in the film Maigret – a character made famous in the 75 Maigret novels by the astonishingly prolific writer Georges Simenon. I didn’t see it at the French Film Festival, as Palace Films has picked it up for general release in Australia, starting on May 26.

Gérard Depardieu is a prolific actor – he has appeared in more than 250 films. I hadn’t seen him on one for a long time, though, and I had forgotten what a good actor he is. He has a notable role – that of an illiterate publisher but astute businessman – in the most successful French film of the past year, Illusions Perdues (Lost Illusions), which was chosen to open the French film festival and will go on general release in Australian on June 23, again through Palace Films.

Lost Illusions won seven César awards in February, including best film, best supporting actor, most promising actor, best adapted screenplay and best cinematography. In the film, Depardieu is a bundle of energy, and you certainly wouldn’t think he was 70-plus years old.

You might, though, in The Villa – French title Maison De Retraite, which means Retirement Home. Here he plays the most important of a group of retirees who have been forgotten by the outside world and befriend the lead character, played by Kev Adams. 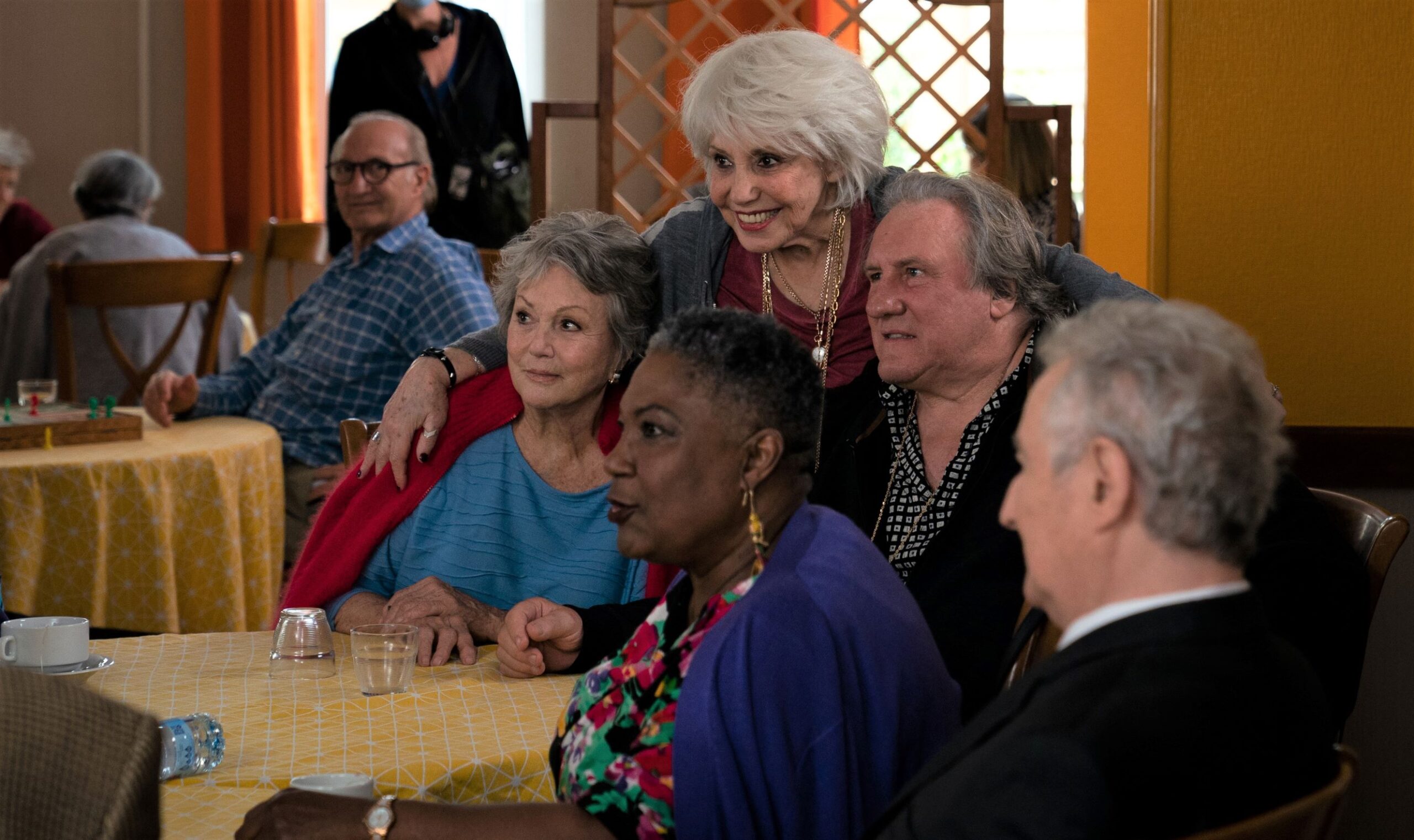 Age shall not weary them – the retirees in The Villa.

A near death experience

Depardieu plays a former boxer who has to the mentor to the troubled star of the film, who is working in the retirement home on probation, in lieu of being sent to jail for his misdemeanours. Sparring in the ring, he says, is like sparring in real life. The mentoring gives Depardieu’s character renewed purpose. HIs acting is superb, perhaps because he knows what it is like to be on the verge of death (there is a great interview about that here).

The Villa is a very likable film, full of laughs sprinkled with tender moments of poignancy, and a great deal of respect for people of senior age. I put it at number one on my list of the top comedies at the 2022 French Film Festival.

I wonder what the next 12 months will bring for Gérard Depardieu. M5R