Home French Turn-up for the books: The Mystery of Henri Pick
FrenchFrench film

Turn-up for the books: The Mystery of Henri Pick

Like any good Agatha Christie-type whodunnit, the mystery in the highly enjoyable French film Le Mystère Henri Pick – which has been showing in these Australian and New Zealand cinemas – revolves around a dead body.  But no grisly murder has been committed: Breton pizza chef turned novelist Henri Pick is resting in peace in the local cemetery. However, as far as influential literary critic and TV chat show host Jean-Michel Rouche (played by Fabrice Luchini) is concerned, foul play has definitely been committed: it involves an outrageous literary fraud and he’s determined to expose it.

Henri has been dearly departed for two years but he gets an unexpected 15 minutes of posthumous fame when a junior book editor based in Paris, Daphné Despero (Alice Isaaz), is drawn to his manuscript Les Dernières Heures D’une Histoire D’amour (The Last Hours of A Love Story) while on a visit to The Library of Rejected Books in Crozon, Brittany. Enthralled by his writing, she secures the rights for it and soon Henri’s book is the talk of Paris.

Henri’s widow Madeleine (Josiane Stoléru) and daughter Joséphine (Camille Cottin) – who had no idea that Henri had even written a book – are invited onto Rouche’s talk show, but they’ve barely settled into their seats before Rouche goes on the offensive: How could a pizza chef from the boondocks of Brittany have possibly written such a great book, he asks. Insulted, Madeleine and Joséphine storm out, and Rouche is fired as a result. His wife gives him the boot, too.

Convinced that he’s right and everyone else is wrong, Rouche becomes a man on a mission, determined to prove that Henri Pick was not the author, and to expose whoever is behind this devious marketing scam. For the audience, this is where the fun begins.  There are sub-plots and red herrings, and Rouche even resorts to snooping around in Daphné’s office at Pick’s publishing house. But our interest peaks when he crosses the scenic Le Pont de Térénez (the Térénez Bridge, which appears a number of times in the film, as if to emphasise the gulf between the country bumpkins of the Crozon peninsula and the intellectual bookworms of Paris), and ventures deep into the boondocks of Brittany.

Rouche’s clumsy attempts to make peace with Madeleine come to nothing (he makes things worse) but he finds an unlikely ally in Joséphine, who’s keen to learn more about her father’s mysterious double life, as indeed is the audience. We are thus treated to a mini-tour of the region and get to meet some amusing local characters, but we’re kept guessing until the unexpected denouement. 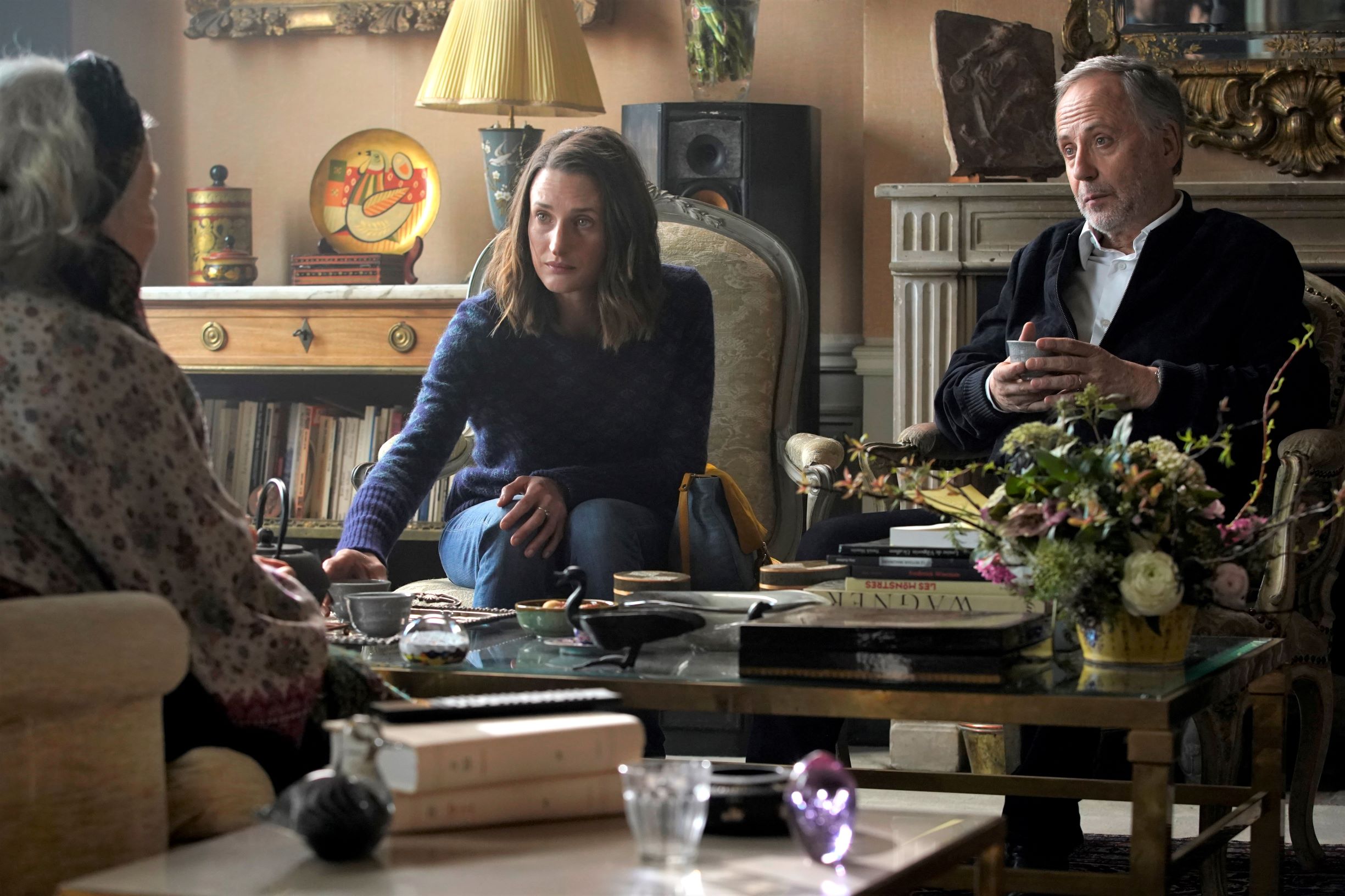 Fabrice Luchini is a very experienced actor and although his character is not particularly likeable, he starts to mellow; indeed, you sense that the fresh air and relaxed pace of life in the boondocks of Brittany – Rouche gets around by bicycle – are doing him good.

The film – based on the novel of the same name by David Foenkinos, pokes as much fun at the pretentiousness of the Parisian literary scene as it does at rural pizza chefs and their ilk. It is a great advert for Bretagne, particularly in the year of COVID, when remote, sparsely populated regions are more appealing than bustling, crowded cities. 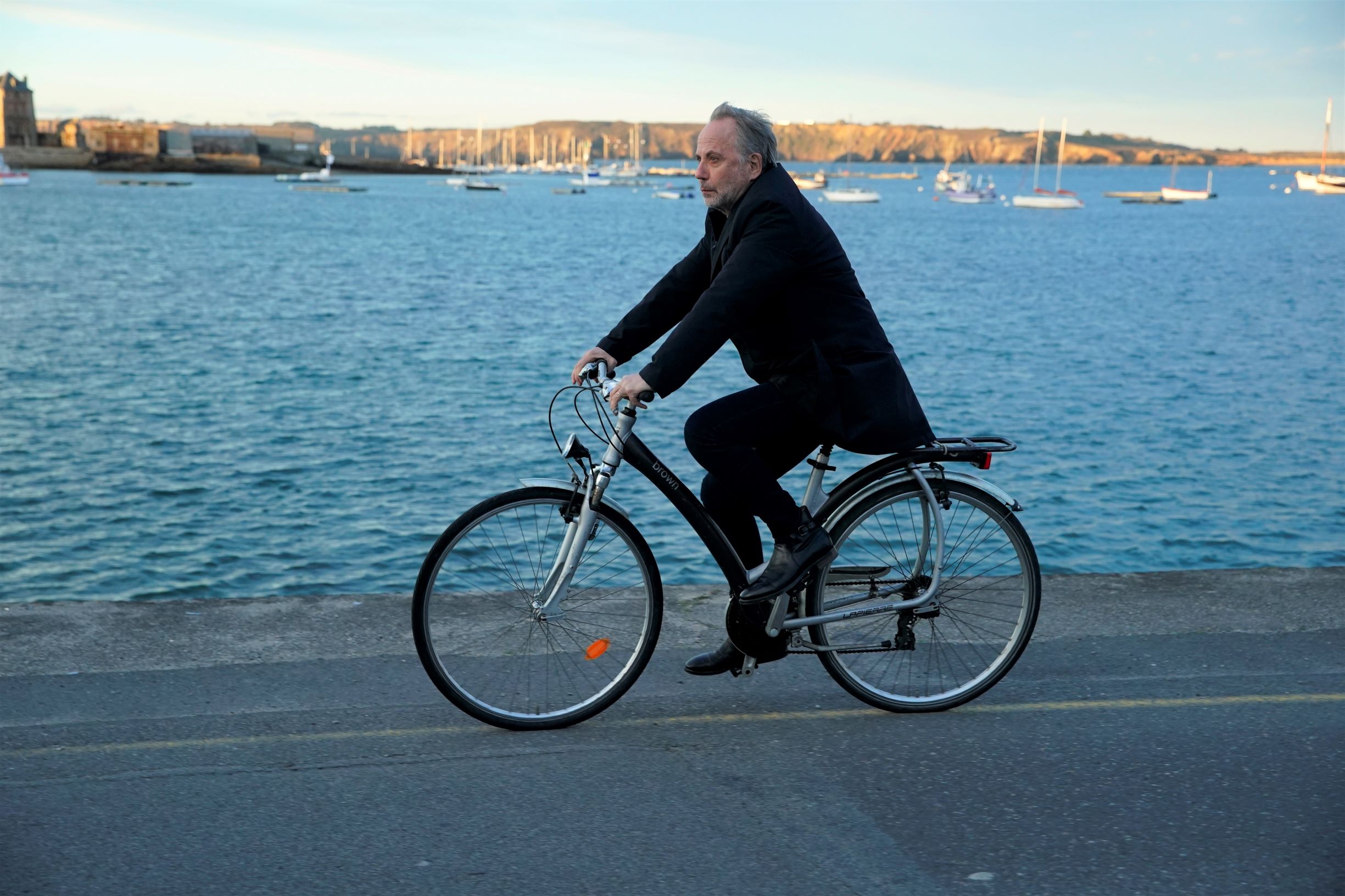 Heavy traffic in the boondocks of Brittany.

The Mystery of Henri Pick was one of the hits at the Alliance Française French Film Festival in Australia earlier this year, which also featured another film with Luchini playing an oddball lead character, Alice and the Mayor. It is one of two great French films about the book industry currently doing the rounds in the Antipodes, the other being The Translators. M5R