There’s an amazing back story to Litigante, the second of two Colombian films I’ve seen in Australian cinemas this month – some compensation for my plans to visit Colombia and Peru this year being thwarted by ‘the Rona’ (coronavirus). Litigante follows hot on the heels of Monos, which I loved (find out why here), but the two are very different. Monos focuses vividly on the ‘scary’ Colombia – guerrilla clashes in the depths of the jungle – while Litigante looks at the traumas of middle-class life in Bogotá.

The acting in Litigante – which centres around the relationship between two adult daughters and their mother, whose days are numbered because her lung cancer has returned – is superb. So much so that I presumed director Franco Lolli had managed to assemble the finest Colombian actresses of their respective generations for his film, and when got home I had to look them up.  Not so. To my surprise, the mother, Leticia, is played by Lolli’s own mum, Leticia Gómez, who had never acted in a feature film before.

The same can be said of the main character, Silvia, played by Lolli’s cousin, Carolina Sanín, although as a controversial (long story!) writer, podcaster and university lecturer, she would have been used to fronting the media. Indeed, there is a scene in Litigante where she is quizzed forcibly by a journalist in a radio interview, and gives as good as she gets.  In the movie, Silvia and the journalist, played with great vivacity by Vladimir Durán, will go on to become lovers. Alejandra Sarria plays the younger, quieter daughter, María José.

Having made his debut feature film Gente De Bien in 2014, Franco Lolli was pondering what to do next. He took his mum on a trip to Iceland. “Before our departure, she had a medical exam that revealed a possible cancer,” he says. “We went on vacation with the idea she might die soon. I am an only child and this idea terrifies me.”  When they got back to Colombia, her illness was confirmed, and Leticia had to have chemotherapy.

“The main reason I had to make Litigante was probably to film her. It is my way of preparing myself for her death but also of leaving a trace of her life,” he says. “The more you near death, the more life is necessary, important. I come from a dangerous country, Colombia, where death is never far, because there is violence, because hospitals are lacklustre… The relationship to life is different. We celebrate differently, we live differently than in Europe. There is a state of mind akin to ‘if I die tomorrow, at least I will have lived, danced, enjoyed myself…’. When my mother was informed of her cancer, I unconsciously told myself: we have to live!  That’s what the film is about.”

In the film Leticia does not want to go through the agony of another round of chemotherapy; she would rather make the most of the time she has left, even if it inevitably means that time available will be shorter. But sometimes cancer leaves you no choice. The dilemma of celebrating life while facing death is cleverly depicted in the scene where she has to have her hair shaved off – she is handed a glass of champagne by her grandson.

For the real-life Leticia, having to re-enact the ordeal she went through with cancer can’t have been pleasant. “The MRI scene was very violent for her, the chemo scenes, to shave her hair…” Franco says. 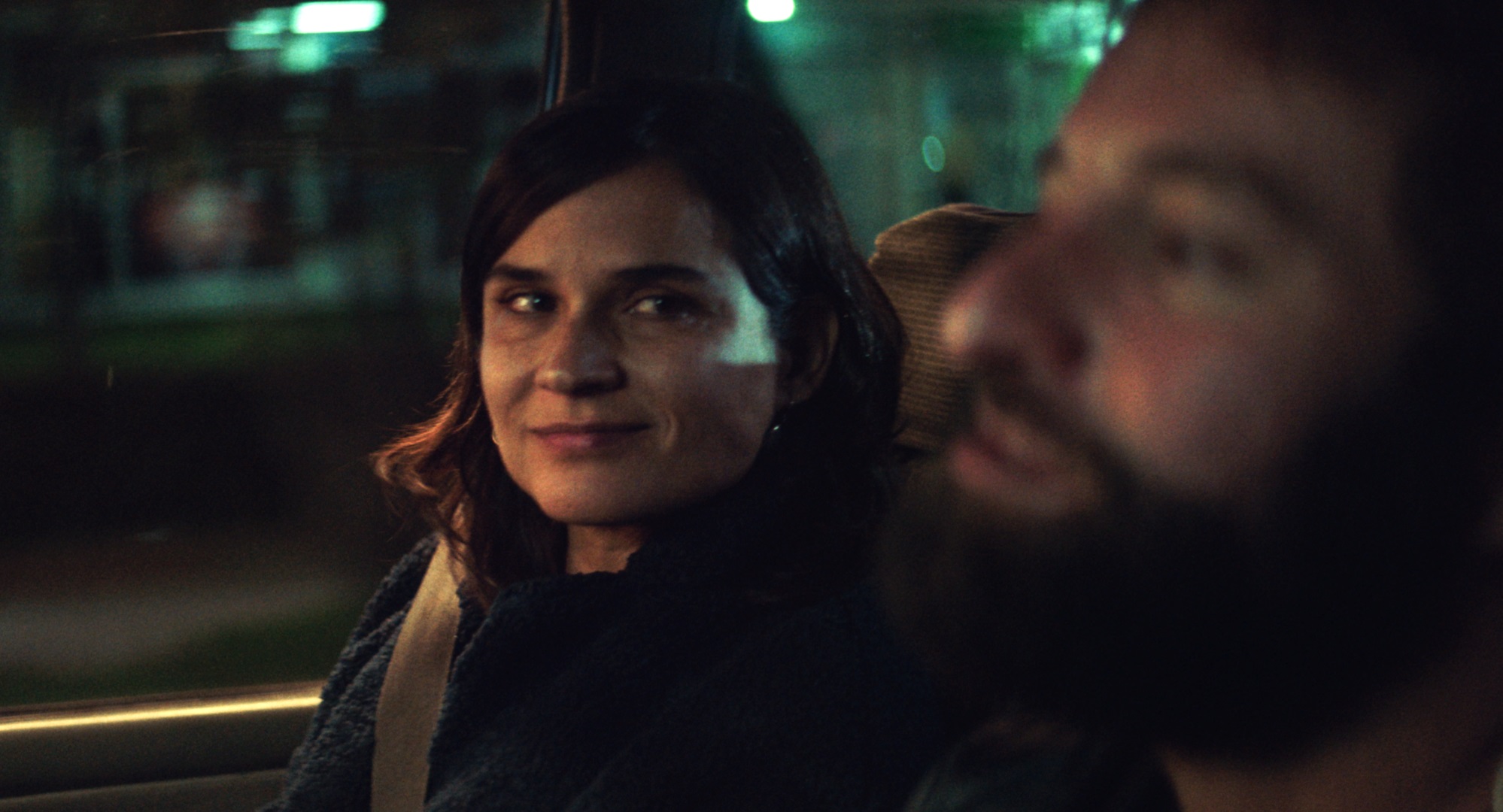 Carolina Sanín, a well-known figure in Colombia, shines in her first starring role in film.

Litigante, though, is really the story of the elder daughter Sylvia. As she tries to come to terms with the fact that she will soon lose her mother, she has to reassess her own priorities and work out what she wants in life, and to make the most of the time she has left. It is not the most cheerful of films – nothing to do with cancer ever is – but it is uplifting. M5R

Litigante is distributed in Australia and New Zealand by Limelight.