Anyone who has blushed while trying to coat their beginner’s spoken French in an authentic accent will enjoy Tim Hudson’s performance as Winston Churchill in the epic French film De Gaulle. Puffing out cigar smoke in his negotiations with General Charles De Gaulle, who returns fire with whiffs of Gauloises or Gitanes, Churchill’s French is delivered in an unashamedly aristocratic English that will make any Francophile shudder. Or giggle, as was the case in the cinema screening I attended. But the main thing is to practise your French, or any other second language you study, isn’t it?

Hudson – whom you can hire as a London tour guide should you need one – must have relished playing the part the chubby, pug-faced Churchill. (He might have had pillows tucked under his shirt to plump him up). But of course, the plum role is that of De Gaulle himself, and Lambert Wilson is an excellent choice, not only because of his acting skills – he was nominated for Best Actor in the 2021 César awards – but also for his striking resemblance to De Gaulle himself. 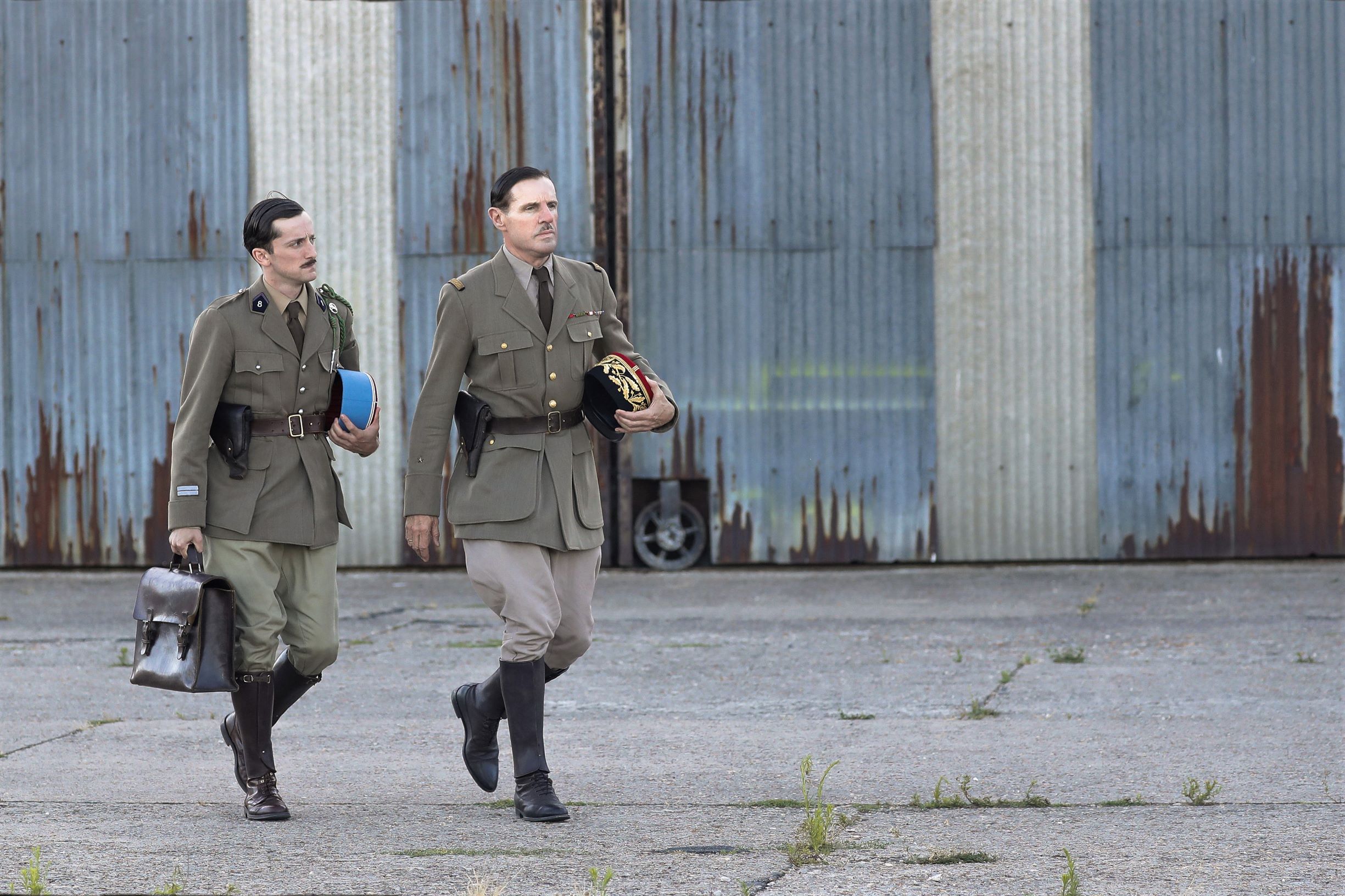 De Gaulle had a long and distinguished military career, followed by a lengthy political one, but he was a controversial and often polarising figure. He is revered in France, where he and Napoleon are regarded as the country’s greatest leaders. But he also survived an assassination attempt.

Many people have heard of the French Resistance (Wikipedia lists more than 60 films on the subject, and the popular TV sitcom Allo Allo! kept it on TV screens for a decade) but few – myself included – know exactly how it came about. De Gaulle provides the answers. It’s a fascinating account of crucial events in May and June 1940, when France is being overrun by the Germans. De Gaulle wants to put up a fight and counter-attack the Germans, his political foes want to cave in and seek an armistice. Prime Minister Paul Reynaud (played by Olivier Gourmet) dithers and dithers.

General De Gaulle has to dash to England to seek Churchill’s support for an Anglo-French union, but when he returns to Paris the situation has changed drastically. He faces a dilemma: to bow to his domestic political enemies, or flee to London again to start the French resistance – an act that could be regarded as treason.

A film for our times

You don’t have to be a history buff to enjoy De Gaulle, nor should you think of it as a mere war movie. (As it is, the battle scenes are kept to a minimum.) The film is more a study of the political challenges and leadership, and raises many issues pertinent to modern times: big egos in politics, lust for power, the rise of extremism and authoritarianism among them.

However, much of the focus is on De Gaulle’s family life, and what the family has to go through reflects the massive civilian upheaval in the whole of France. In particular, the film puts the spotlight on what is still a very modern issue – the plight of refugees. According to the United Nations’ Refugee Agency, UNHCR, there are 26 million refugees worldwide and more than 80 million who have been forcibly displaced. Médecins Sans Frontières , which assists people suffering as a result of famine, natural disasters or in war zones, currently has operations in 91 countries around the world. 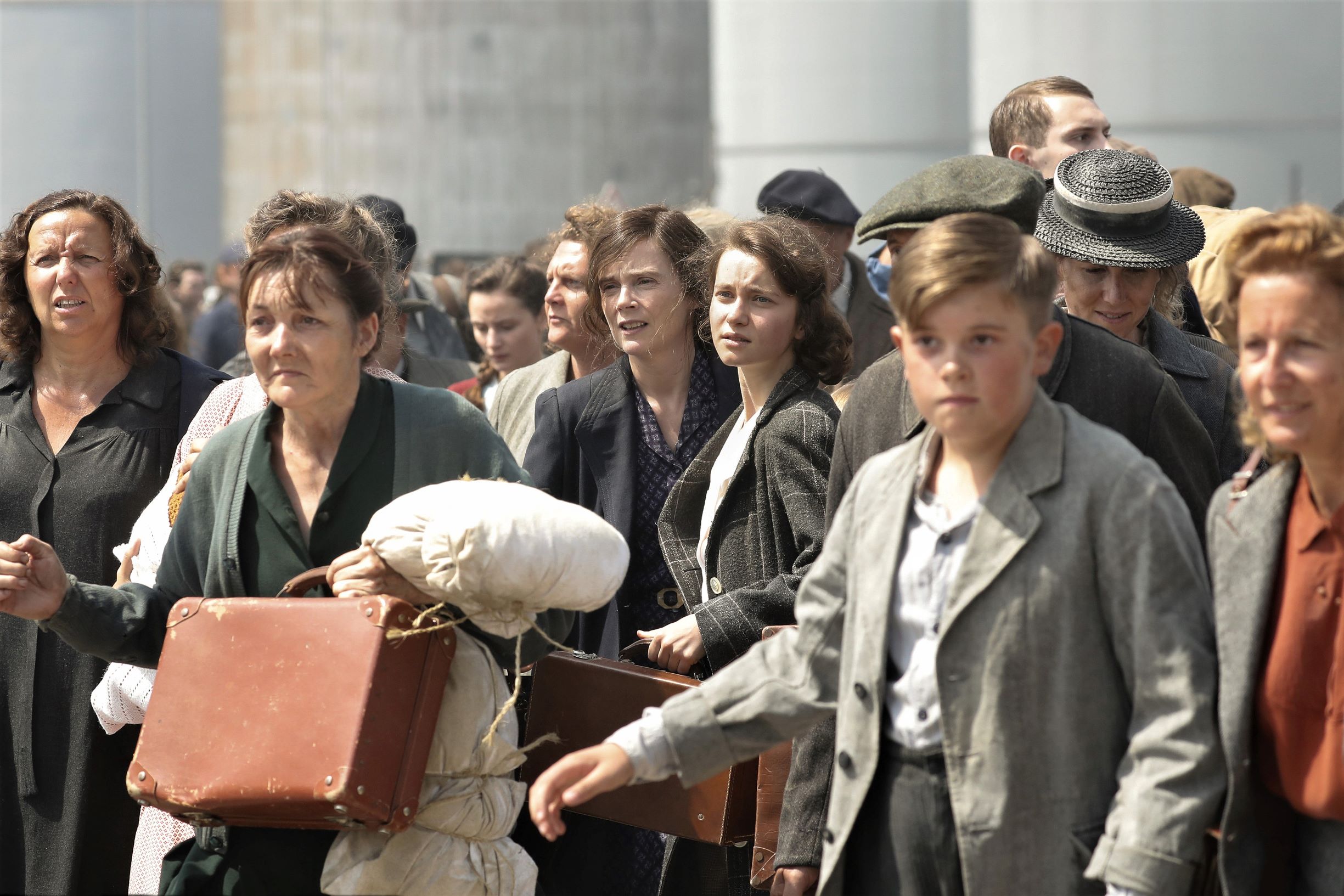 De Gaulle’s family and other refugees on the run.

While De Gaulle is in London, Yvonne, her son and two daughters have to abandon their rural home to escape the Germans’ advance. They join thousands of civilians on the road, but at least they have a car. Most have to make do with a horse-drawn cart or walk. And pity the poor old idiot pushing a grandfather’s clock in a wheelbarrow … his time is running out fast. The civilians are easy prey for trigger-happy fighter pilots swooping overhead.

By the time the family gets to the dockyards at Brest in Brittany, the German bombers have already been in and sunk most of the local fleet. Three passing ships come in to carry out a rescue but spaces are limited and it becomes a stampede for survival. Even if they make it on board, safety is by no means guaranteed: civilian ships are sitting ducks … Will they survive the journey? Where will they be taken? And will they ever see Charles again? The film has some splendidly tense final moments.

An interesting aspect of the film is the focus given to the De Gaulles’ younger daughter, Anne, who they learn with bewilderment, has Down’s syndrome – a condition that was not properly understood at the time. (The genetic cause of Down or Down’s syndrome was only discovered in 1959.) They are given the option of leaving Anne in an institution specifically for such children, but when they inspect it they’re horrified by what they see, and raise her themselves (with the help of nannies).

Charles, in particular, developed a special bond with Anne. Yvonne, meanwhile, was instrumental in setting up Fondation Anne De Gaulle, and creating a home for intellectually disabled girls. The foundation continues its work today. M5R

Directed by Gabriel Le Bomin, who specialises in war movies, De Gaulle was filmed in 2019 so as to be released in 2020, the 50th anniversary of De Gaulle’s death. It first screened in Australia at the 2021 French Film Festival, and has since been given a national release by Palace Cinemas.

Hats off to The Man In The Hat